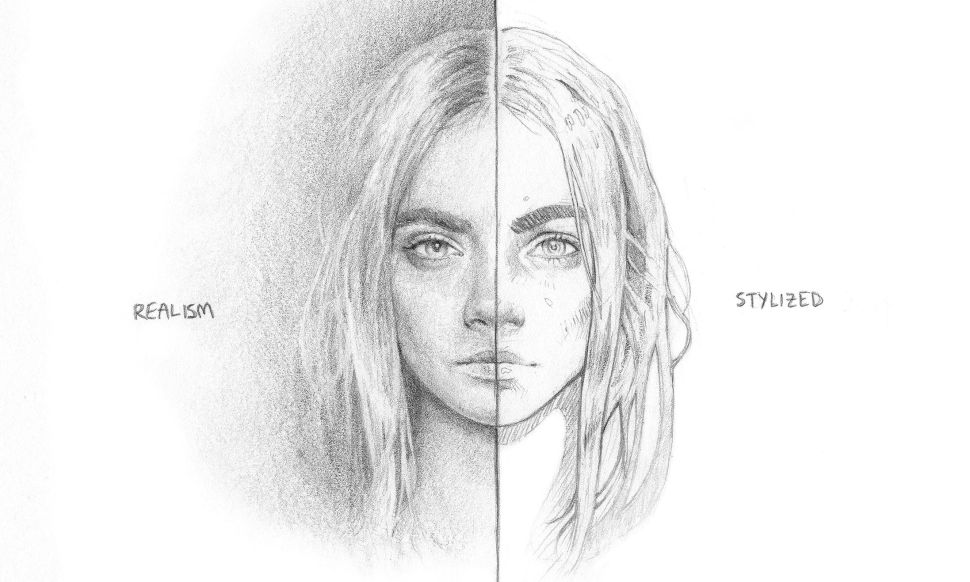 Once you've mastered realism, it's easy to find a style that works for you

Sketches don't have to be realistic. However, Von Rueden believes it's vital to focus on creating realistic sketches first – considering elements such as lighting, values, proportions and anatomy – before trying something more stylised.

"Once you understand how to recreate something realistically, it becomes incredibly easy to then create a stylised version of the same object, especially for creatures and characters," he says. "Over time you’ll make seemingly small, personal preference choices on the actual execution of a piece (often straying from realism) and that’s what will help you to gradually build up your own style." 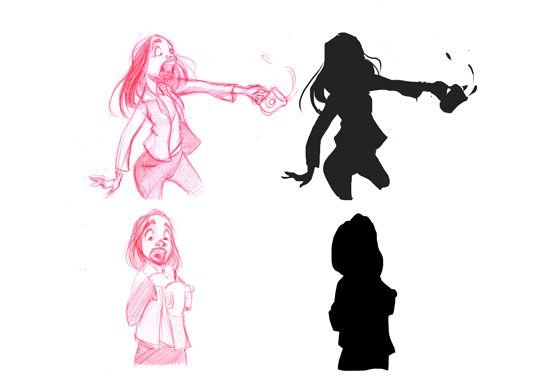 Here, it’s clear that the first girl is holding a mug, but what about the second one? It’s not as clear!

Character design is a whole discipline in itself, but this helpful sketching technique is a good place to start. "Have you ever noticed that every important character in an animation movie is recognisable from their shadow alone?" says artist Leonardo Sala. "This magic has a name: the silhouette. The purpose of finding a strong and interesting silhouette is to create an easily recognisable character that will remain clear in the visual memory of the viewer."

Another of the great sketching tips is to see if your characters are recognisable in silhouette form. To do this, place a piece of tracing paper on your sketch and trace around your character, filling it in with solid colour. Then show a friend or colleague, and ask what they see. 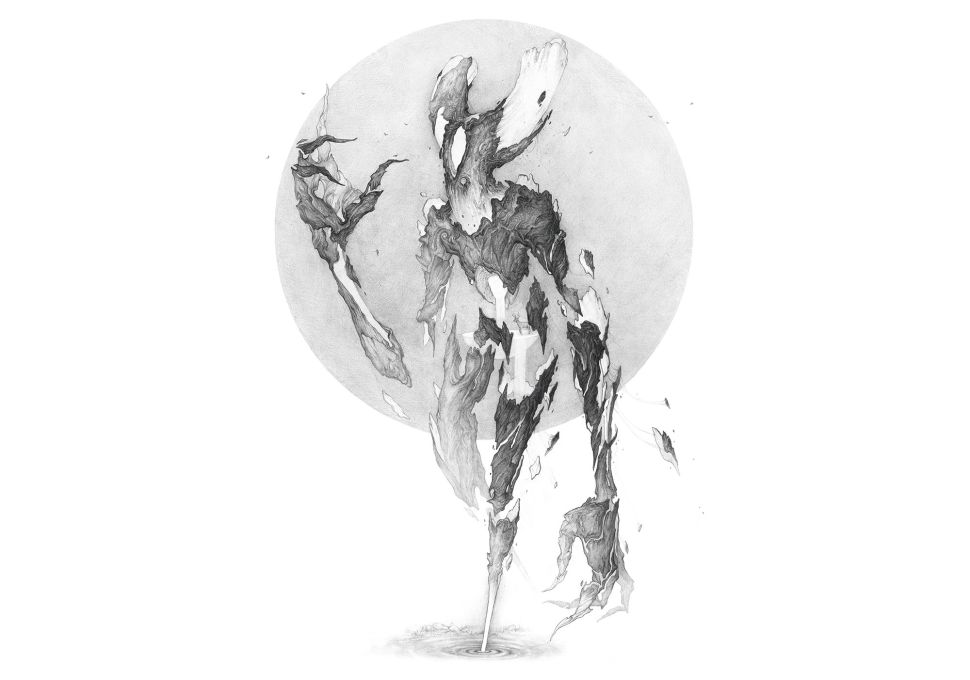 Contrast can occur in hue, shape, texture and more

Contrast helps direct the viewer's eye within a sketch. When people talk about contrast they're usually referring to a difference in value, where light and dark areas are juxtaposed. However, you can also create contrast in hue, saturation, shape, texture, edges, proportion and so on. 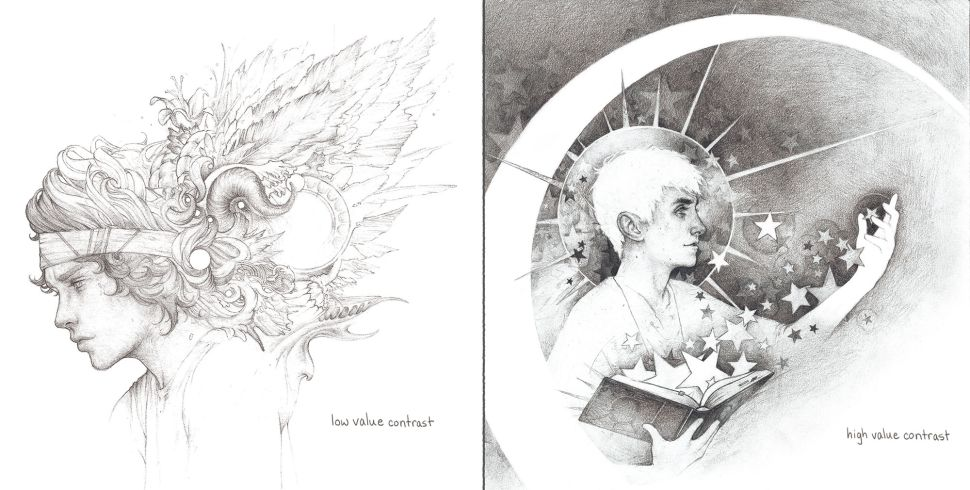 Areas of lower contrast encourage the eye to wander

Contrast is a powerful tool – but don't be tempted to create high contrast everywhere in your drawing, says Von Rueden. Subtle shading can be just as effective when it comes to showcasing form and detail.

15. Flip your image with tracing paper 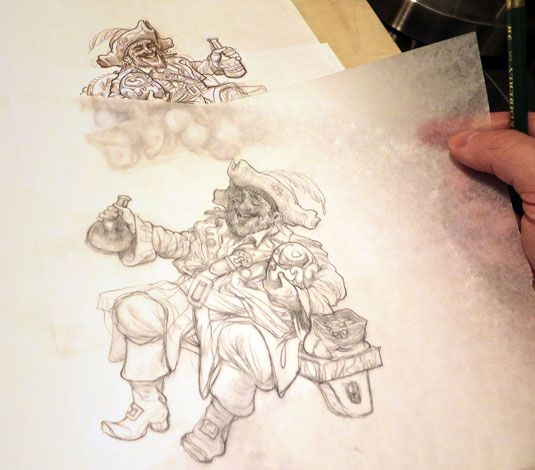 Flipping the image can help highlight any problems

If you've spent a long time looking at a drawing, it can be difficult to see where the errors are and that's where these sketching tips come in. Artist Justin Gerard has a nifty sketching tip to help. "A benefit of tracing paper is that you can flip it over to see how your drawing looks from the reverse angle," he advises. "This can help reveal errors in proportion. As you work, take advantage of this in order to arrive at a more successful drawing."

16. Make gradients work for you 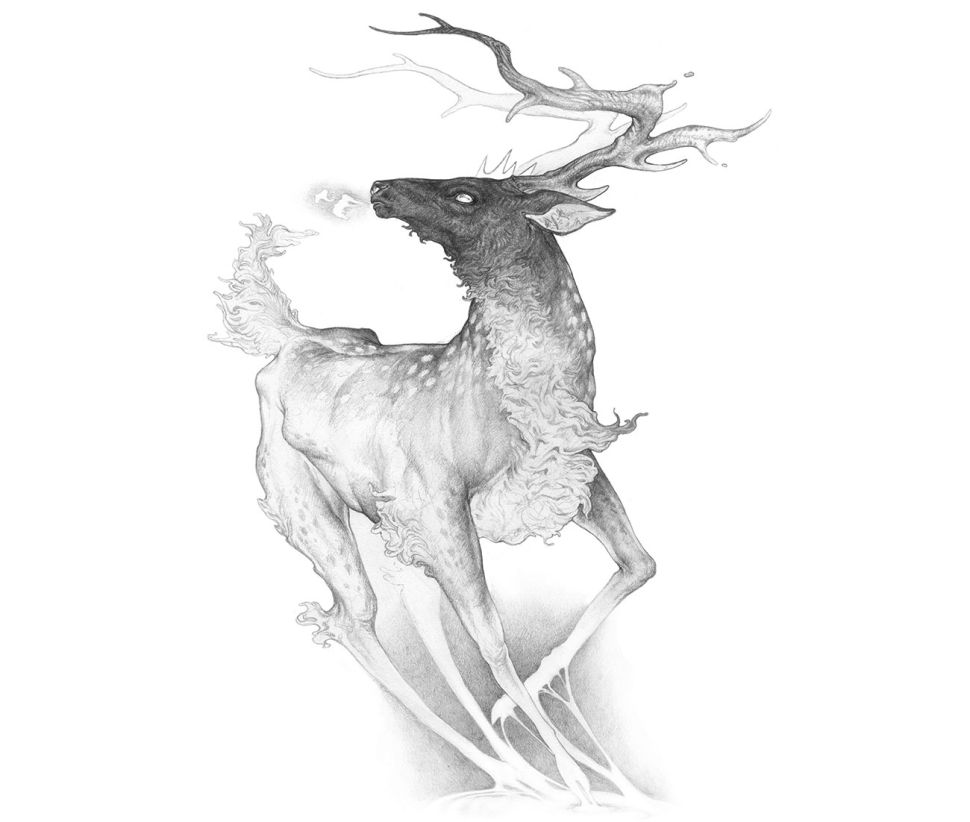 Gradients influence where the viewer will look

Von Rueden is very fond of a well-placed gradient. "They are visually pleasant to the eye and can direct the viewer’s attention to an area of focus," he comments. "The scope of the gradient is important as well. A gradient that covers most of the drawing or subject matter will influence where the viewers look, and smaller gradients can add a pop of detail and contrast. If you feel your piece is looking flat or has lost focus, try adding a subtle gradient." 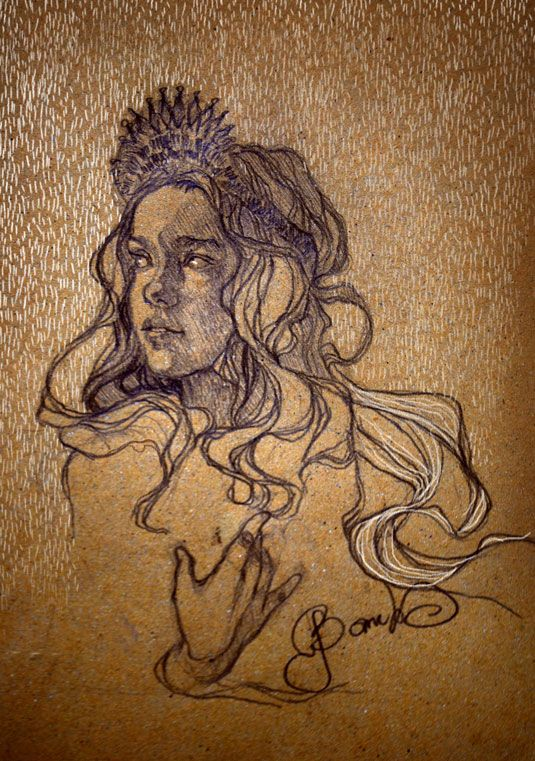 Add interest to your backgrounds with abstract strokes

"The use of irregular lines when shading adds a lot of dynamism to your sketch," Bomba says. "If you want to create a fresh and unique portrait, architecture sketch, or piece of concept art, you should definitely try this technique." Bomba uses it to add interest to flat backgrounds. 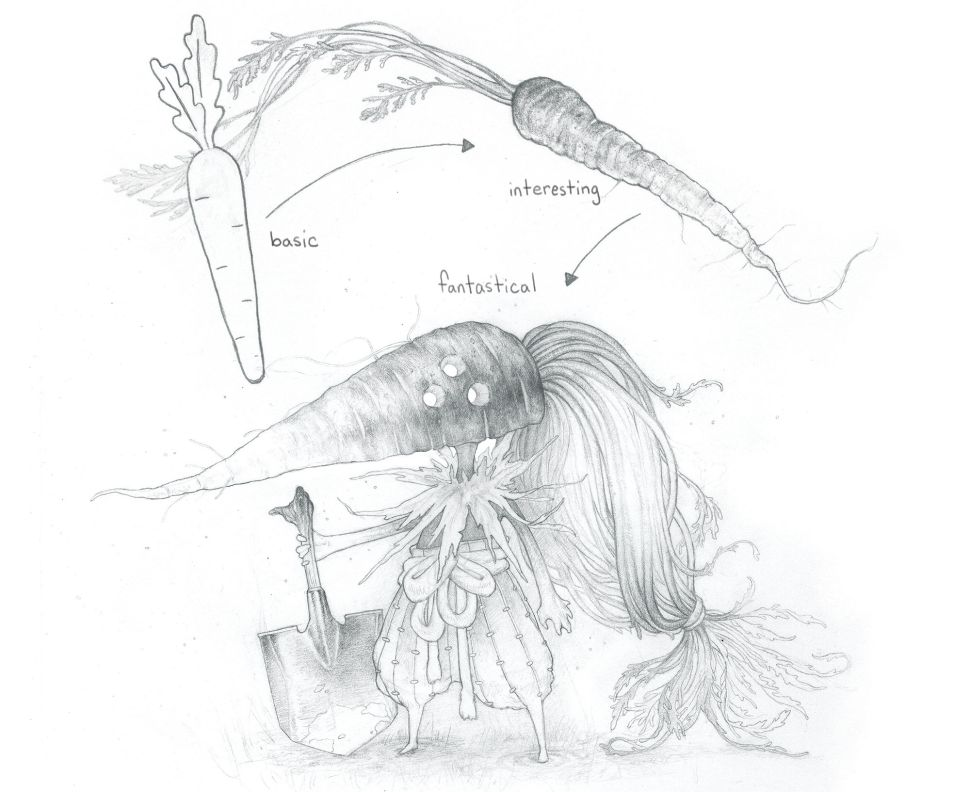 "Instead of just looking at what makes an object recognisable you should also consider how to make this object distinctive," says Von Rueden. Quirks and imperfections add character to your sketch, and can suggest a story for the viewer to mentally explore.

In the example above, you can see three different carrots. The first one depicts what might come to mind when you think of a carrot. The second is based on an actual carrot, with its lumps and bumps emphasised to create interest. In the third, Von Rueden has gone one step further. "Look to add [imperfections] to any given subject matter and try to have some fun pushing it into something fantastical," he suggests.

19. Rejoice in the details 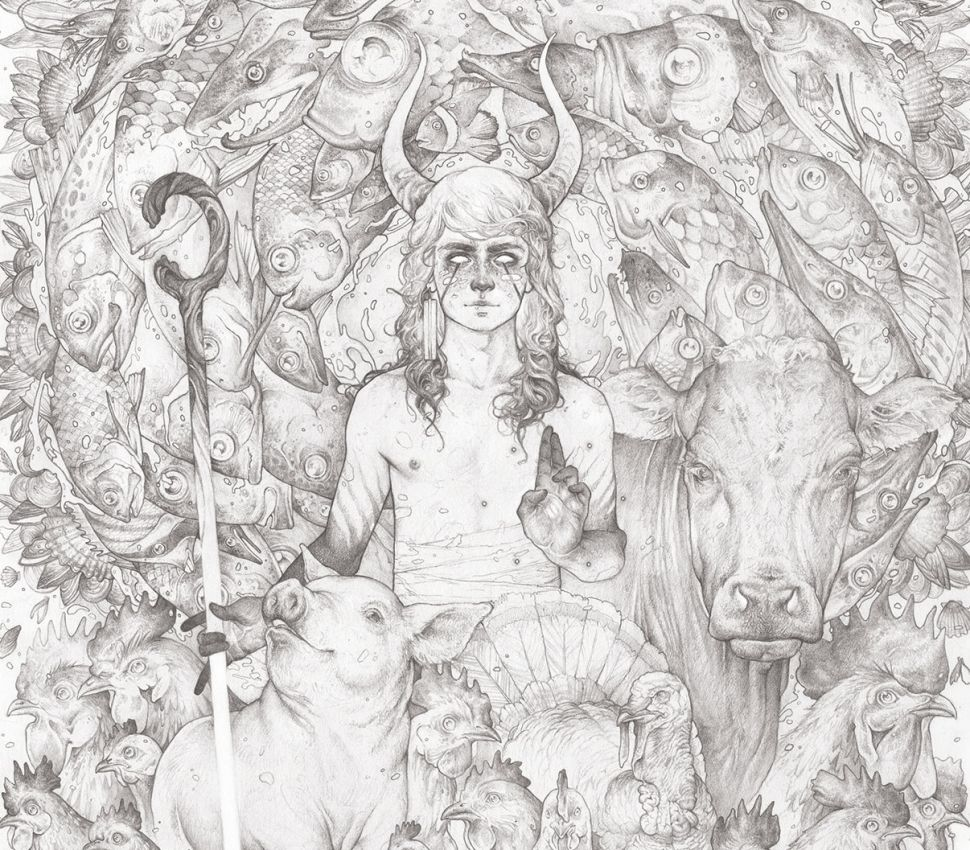 Von Rueden believes an artist's heart and soul is revealed in a sketch's details. "The additional time put into adding elements that may go unnoticed are like treats for viewers who take the time to look for them," he says.

Putting extra care into the details can also teach you patience. "Great art should be nurtured, not manufactured," he adds. "Don’t overlook those details or let time be a deterrent. Embrace them!" 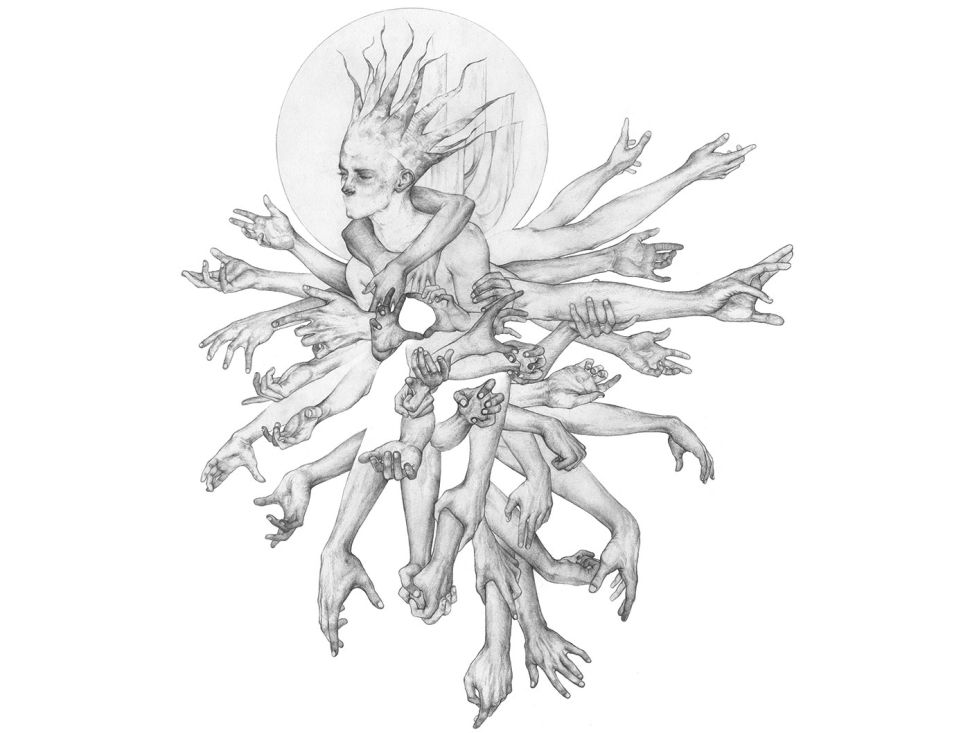 "Creating art takes courage. To fully express who you are, what you’re interested in, how you’re feeling and what you stand for can be daunting. Too many artists play it safe. They find an appealing and marketable comfort zone, and then only create from that space," says Von Rueden.

From experience, he's found that work that feels authentic will resonate more with people. "When you’re in your creative zone, trust your gut feelings and be expressive with your preliminary sketches and thumbnails," he continues. "Don’t worry about the reaction. Create without the fear of whether it will be 'good' or not."