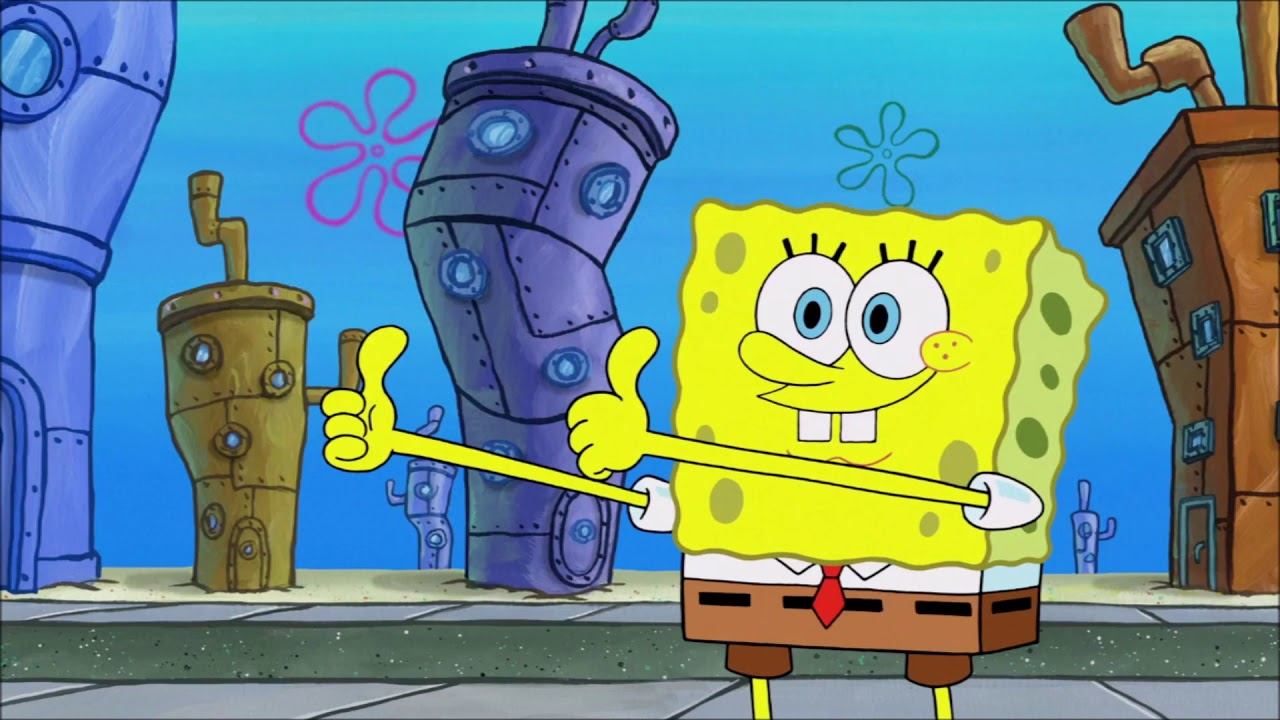 SpongeBob has been a staple in young kids’ lives for a generation now—just try to ask any 20-something “Who lives in a pineapple under the sea?” and not have them reply “SpongeBob SquarePants!” Instant friendship.

So, with the release of the latest SpongeBob movie (Sponge Out of Water), who better to talk to about animation and storytelling than the guy who spent seven years as a supervising storyboard director on the show—Tuck Tucker. Tucker is now an animation professor at Longwood, where he’s teaching the SpongeBob generation how to create tomorrow’s animated series.

1. Shows are often better when the animators write the stories.

“Ren & Stimpy,” which debuted in 1991, almost ushered in a new era in television animation. The show was released just two years after “The Simpsons” hit the airwaves, and “Ren” creator John Kricfalusi dusted off an old model that hadn’t been used in television since the days of Merry Melodies: storyboard-driven plot. In a storyboard-driven show, the animators start with a blank canvas—literally. They come up with a plot and storyboard out the episode—and the art drives the show. Animators pitch the storyboard to producers, who send approved episodes to further development with writing teams.

“‘Ren changed it all. Even though Disney full-length movies like Who Framed Roger Rabbit and The Little Mermaid were board driven, it wasn’t used in television very much” said Tucker. “Even with ‘The Simpsons,’ which is a very good show, writers drove all of the plot, and animators had to work within a script. The advantage of letting animators be the driving force behind the show is that you put art at the center of the show, and quite often something spectacular arises.”

The show Tucker spent the longest stretch of his career working on, “SpongeBob SquarePants,” is storyboard-driven, and Tucker credits its popularity to the artistic license given to the animators.

Think back. What are your favorite animated series? Is it “The Simpsons”? “Powerpuff Girls”? “King of the Hill”? “Adventure Time”? Even “SpongeBob”?

There’s a common denominator in all of those shows—they are all a bit naughty at times. That’s important—and intentional—says Tucker. “The best shows are ones that are not only relevant but are humorous to people of all ages,” he said. “Adding in a touch of blue to the jokes gives it a bit of sophistication that makes the show last longer. And, to be honest, sometimes it’s just funnier material.”

We all get stuck in a rut in our jobs from time to time. It’s no different with animators, many of whom spent their formative years filling up notepads with endless doodles and sketches. So how to break out of a rut when you’re trying to come up with a story?

“Work fast,” said Tucker. “Work really fast. Work so fast your brain can’t think about what you are doing—and then you’ll come up with something that you hadn’t even considered before.”

4. Begin at the end and work backwards.

“You may think this is trite, and it’s advice given out all over the place, but working backward really works,” said Tucker. “When working on SpongeBob, as I sat down to storyboard out a potential episode, there were more than a few times I just stared at a blank sheet of paper for hours, trying to think of a place to start. But if you don’t know where you’re going, you’ll never know where to begin.”

Have you ever sat down to write a short story or paint a picture or draw a cartoon—and lost your way very quickly? It’s easy to get bogged down in the weeds and never get to the payoff. That’s why Tucker says to pull out the machete, chop down all the weeds and start with the biggest idea you have.

“Your biggest idea, the thing you are most excited about, is the thing that’s going to inject energy throughout the project,” he said. “Don’t waste time at the beginning trying to get there, just be there. And once you’ve drawn what you’re most excited about, draw the next thing that seems exciting. Soon enough, you’ll have the dots in place, and all you have to do is connect them. That’s really letting the art drive the story.”

Every great story has a mentor—the person who helps clarify the hero’s purpose and gives sound advice that carries them through the hardest times. Gandalf, Professor Dumbledore, Yoda, Mr. Miyagi, the list goes on and on.

Likewise, all great storytellers have a mentor—even if he or she is a figment of their imagination.

“I always used Chuck Jones, the animator of the old Looney Tunes, as silly as that may sound,” said Tucker. “When I’d get into a pickle, I’d always ask myself, ‘What would Chuck do in a situation like this?’ And after I ran through the ACME dynamite option—always a good fallback—just pondering that question really helped solve a lot of problems.”

The point is, you aren’t going to get anywhere without some help. And a mentor—real or imagined—can help you iron out some difficult plot lines or help you find your artistic voice when it all seems lost. “If I can play that role for students,” said Tucker, “that’s one of the most rewarding things I’ll do in my life. There have been so many people who have helped and steered me in the right direction, passing that gift along is a privilege. Even if I just tell them to throw in some dynamite and see what happens!”