An article dated 03/23/1993 about how Sasha Dorogov got into the Disney studio.

The film begins with a cartoon couple sitting naked in the sand on a desert island.

Then the man stands up, turns to the camera and - oh, my - make that an anatomically correct cartoon couple.

Then they spend the rest of the film doing pretty much what you'd expect a couple of anatomically correct cartoon characters to do on a desert island. 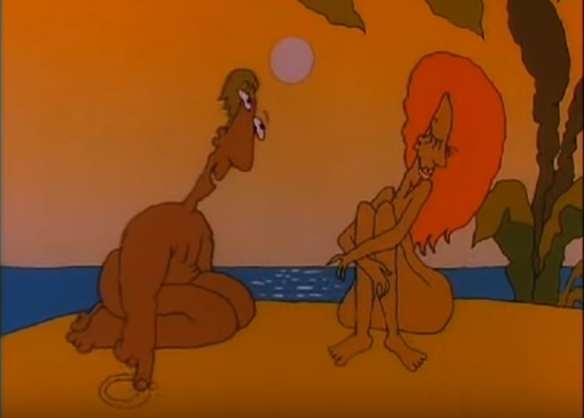 "This is not Disney style," explained Sergei Koushnerov, with what must be a Ukrainian gift for understatement.

Neither of which is anatomically correct.

They are, however, Disney style - and that's what Koushnerov and three other top Eastern European animators have come to Florida to learn.

"All of world has two styles of animation," Koushnerov said, "Disney classic style of animation and everything else."

Koushnerov and his friends are the bounty of a talent hunt that Disney launched about four years ago, as the Eastern bloc began to open up. 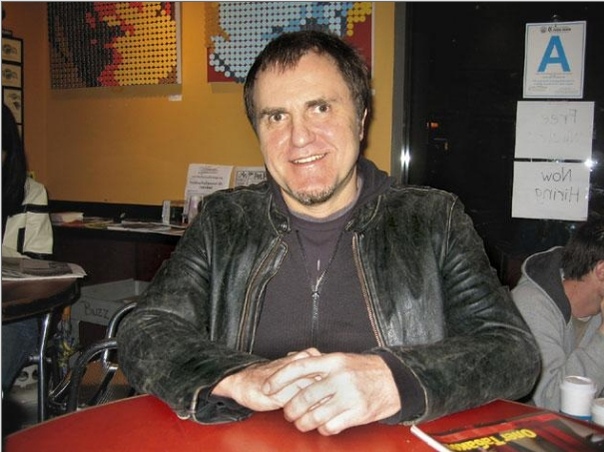 The animators will learn how a major animation studio works, valuable lessons if they open their own production companies back home.

Disney will benefit, too, Howard said. These accomplished animators may wind up working on The Lion King, Disney's next animated feature, after their training is finished.

About 2,000 Eastern European animators applied to Disney; four made the cut.

After three years of bureaucracy and intensive English lessons, they've settled into a six-month training program at the Disney-MGM Studios. 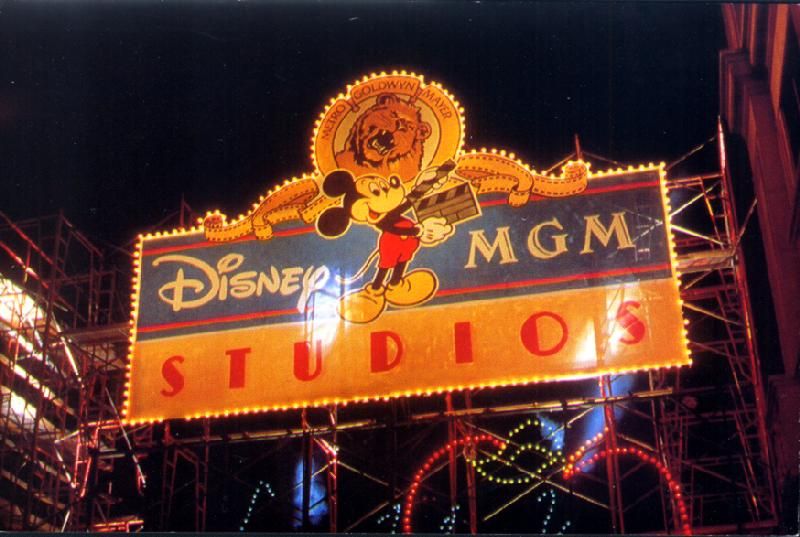 It's a radical departure for animators who come from countries where cartoons are art first, entertainment second, Howard said. And where they aren't just for kids, as Koushnerov's sly and suggestive film shows.

In Russia, Ukraine and Croatia, the animators' work at state-supported studios was often dark and abstract, with sophisticated political or social themes.

Howard wondered if they could adapt their talents to create Disney's light entertainment for children.

On a recent morning, Darko Cesar, 29, sat at a wide wooden desk and listened to the voice of Baloo, the bear from The Jungle Book. 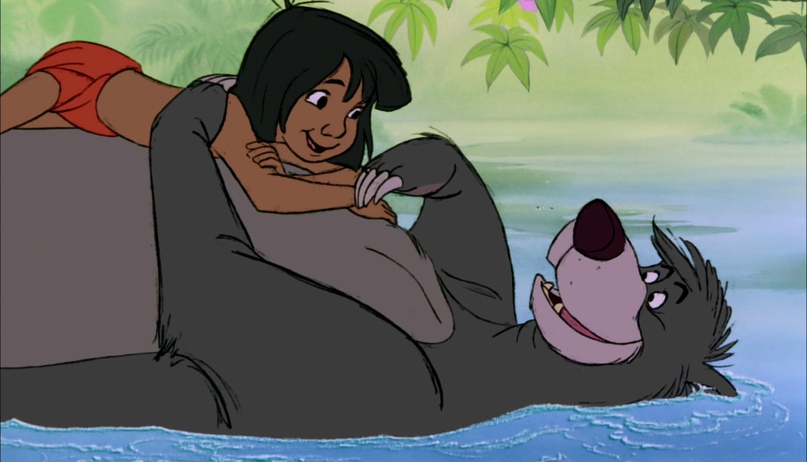 "Yeah, it's beautiful, ain't it," Baloo growled through the headphones.

As a training exercise, Cesar had to animate the dialogue, not an easy task when your first language is Croatian and your English is under construction.

He had charts that showed, with exaggerated expression, how to draw each vowel and consonant sound, and his assignment sheet showed exactly how many frames to draw each sound so that it matches the soundtrack. 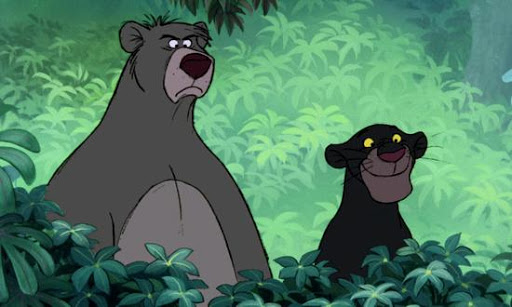 He had 13 drawings of his own, showing Baloo's face from every angle.

The tough part, though, was to make the movement accompany the voice. Cesar had to understand the subtleties of the script and create natural-looking body language to go with it.

That meant Cesar had to act, not just animate.

Getting inside the characters is one of the keys to the Disney style, according to Howard. It's an intangible quality that exceeds the grasp of some animators who are technically quite accomplished.

And it's even tougher for a foreigner, Howard said.

Like all the animators, Cesar has a mirror taped to his desk to help him try out facial expressions.

It was an especially handy reference as he drew Baloo, because Cesar is pretty bearish himself - tall and bulky with dark hair and heavy eyebrows.

He listened again to the voice of Baloo: "Well, you don't look exactly like a basket of fruit yourself."

At the desk next to him, Branko Mihanovic listened to techno-pop as he worked on the laborious task of drawing "in-betweens."

Every second of film demands from 12 to 24 drawings. Top animators draw only the "extremes," the beginning and end of each action, leaving the incremental movements to less experienced artists.

Mihanovic's one-minute scene - Br'er Bear playing checkers with Br'er Rabbit - required 800 drawings. He had finished about 500 so far, 40 a day.

At 26, Mihanovic is the youngest of the animators, not far removed from his days as an in-betweener in Croatia.

But no one escapes the drudge work in Disney's training program, which requires the animators to go through each step of the process as if they were rank amateurs.

So one desk up from Mihanovic, Alexandre "Sasha" Dorogov, 35 and the "old man" at his Russian studio, drew in-betweens, too. 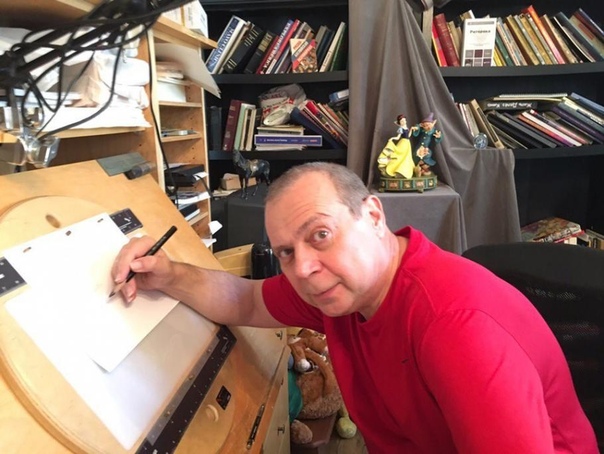 "I think after training, I will make only extremes," Dorogov said, "because this is not my job."

As a beginner in his native Moscow, Dorogov said, he was paid by the volume of drawings, and he could churn out 500 on a good day.

"I was young, was strong," Dorogov said, laughing. "Very quick."

When communism fell in Eastern Europe, so did state support of animation studios.

"For this government, not necessary animation," Dorogov said. "Bread first."

The other artists have similar stories, even the Croats, who work for Zabreb-Film, an internationally acclaimed studio.

So any work is good, but work for Disney? The four still seem astonished to be at the studio.

"Here is the best place for the best movie," Cesar said.

"For me it is a dream," Dorogov agreed.

"I like to try the classic style," Koushnerov said.

"To prove ourselves," Mihanovic finished.

So far, the animators have proved themselves, Howard said, performing "brilliantly."

And the animators find themselves adapting to the classic style they have admired since, as children, they watched subtitled Disney cartoons.

"Sometimes," Koushnerov said, "I wake up at night."

He grabbed the top of his head with both hands.

"And I feel very big ears."

Create a scene with RenderMan for Maya
March 30, 2020
Articles