How to stop perfectionism from ruining your art

How to stop perfectionism from ruining your art

Does the pursuit of high standards make artists improve, or does it weigh them down? It's all about finding the right balance. 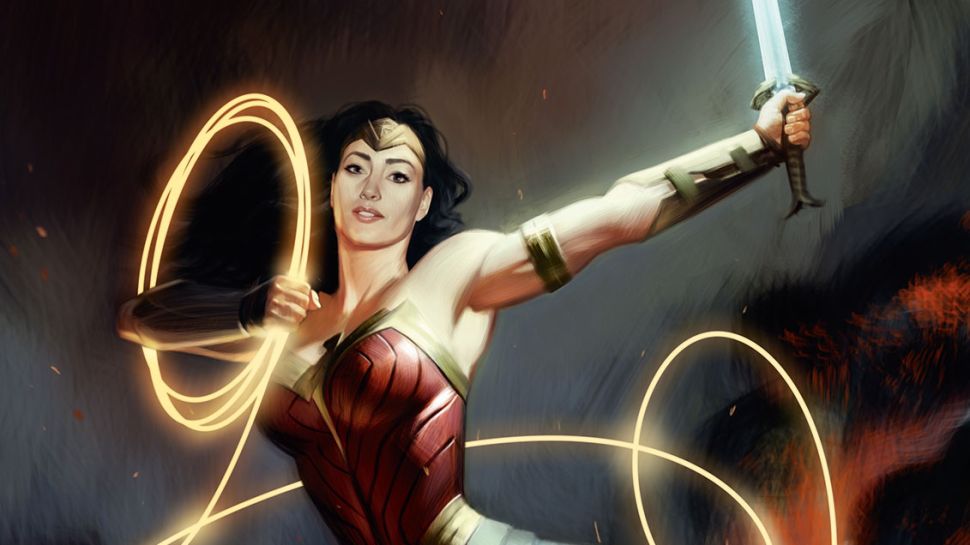 When it comes to creating art, there's a distinction to be made between a 'perfect' image and one that’s 'complete'. A piece of work can be said to be complete for a number of reasons: for example, it fits a role for a client or explores a technique that an artist wanted to experiment with.

Achieving perfection, on the other hand, is invariably more demanding and time-consuming. And that's even with the help of our how to draw tutorials. That's because perfect art has to live up to the expectations of perhaps the toughest critic: the creator themselves.

For Atlanta-basesd illustrator Nuri Durr, the desire for perfectionism became not only an obsession, but a hindrance to his growth as an artist. And it turns out that he wasn’t alone.

Taking to Twitter, Nuri recently shared his struggles with perfectionism, and how completing work instead was much more gratifying. His followers agreed, and at the time of writing Nuri's tweet has racked up nearly 5,000 likes and dozens of comments from other artists dealing with the same predicament.

But for Nuri, the response didn't come as much of a surprise. "I've always felt that perfectionism was a thing that most people tend to struggle with," he says.

“It’s difficult to talk about, because we all want to present the best version of ourselves. There's this feeling that every piece of work has to be better than the last one, or at least match it, which is just not true. I think everyone hits this wall at one point or another. It's not always vocalised though, so it's important that we have these types of conversations.” 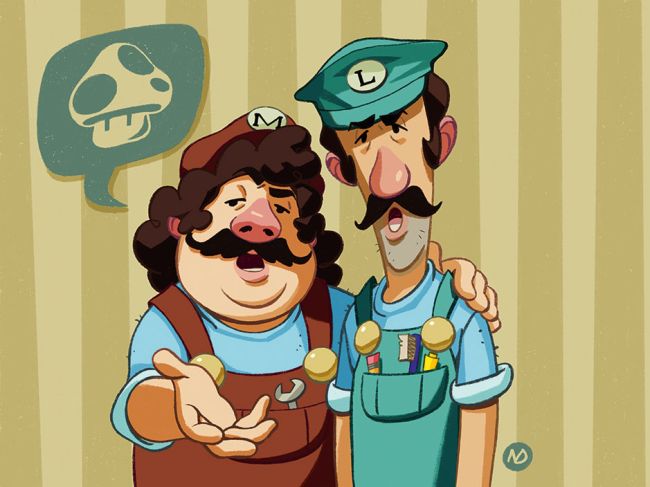 Letting go of perfectionism benefited Nuri’s art for himself and his audience: “The end result is more honest and fun to look at.” (Image credit: Nuri Durr)

Unfortunately, the desire to achieve perfectionism can be drilled into artists while they're developing their craft. "Perfectionism is definitely not your best friend while you’re learning," says Chengwei Pan, a senior illustrator at Riot Games. "In order to improve you must be brave to make mistakes in your art. I've seen artists take brave chances and therefore improve much faster than me."

Chengwei continues: "I started to question why this was happening, then I realised that they were making bold decisions that enabled them to overcome their weaknesses. There is no single 'perfect' artist - it simply comes down to style." 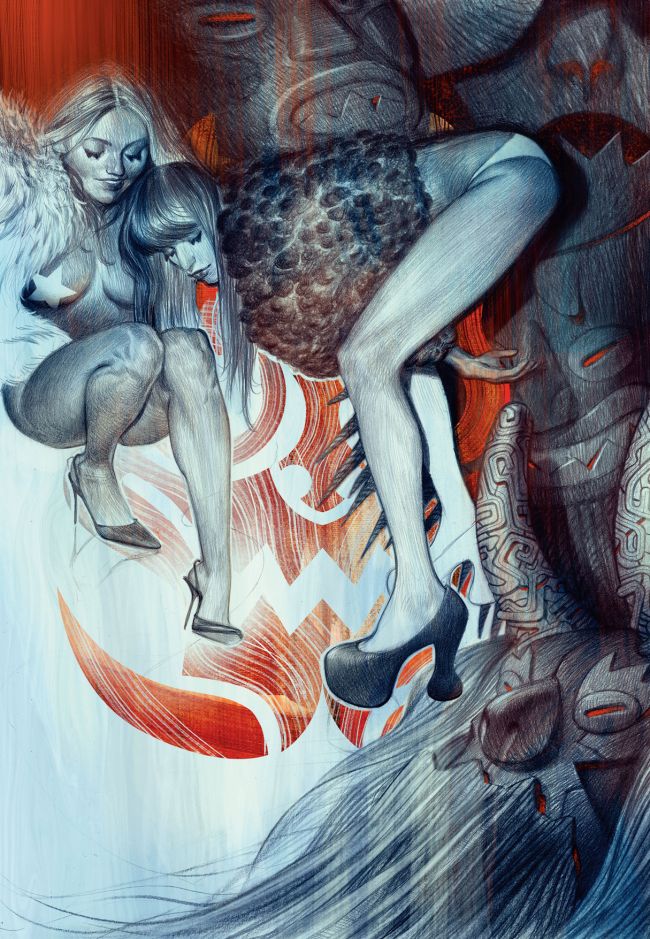 “I’ve often been labelled as perfectionist, because I care deeply for everything I do and I have pride in my work,” says Kalvachev (Image credit: Viktor Kalvachev)

Speaking of style, different studios and publishers have their own unique looks. These house styles can set a high bar for artists, but for visual storyteller Viktor Kalvachev, they help to relieve some of the expectation of perfection.

"Knowing how to understand a style and being able to recreate it is probably the biggest advantage in my career," says Viktor, who has worked with the likes of Disney, Pixar and DC Comics. "I usually adjust my style to what the client wants and try not to force my personal view on the project, unless I'm asked to."

Similarly, Chengwei found the pressure of living up to the perfectionism of the Riot Studios house style a useful incentive. "When I was just a junior artist, our art director showed us an example of Jason Chan's art, which immediately inspired me," he says. 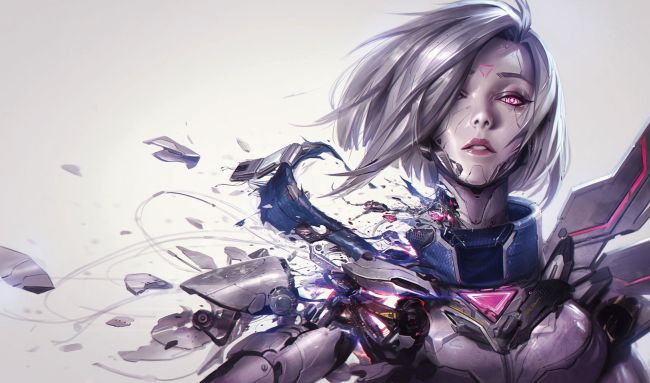 “Don’t be shy if you’re chasing perfectionism,” says Chengwei, “but just be mindful that when you are learning it can potentially slow you down and limit your mistakes and artistic growth.” (Image credit: Chengwei Pan)

"I built up my foundational skills over the following years and the process became cleaner, enabling me to work more efficiently and deliver higher-quality art as a result."

Meanwhile, for comic book artist J Scott Campbell, chasing the perfection of his artistic heroes helped to build his own unique visual language. "By settling on to a combination of four or five of my top artistic influences, and a mix of my own personal observations, I was able to get over my frivolous pursuit of unattainable artistic cloning and move forward on this more rewarding, artistically exciting and freeing path," he reveals. 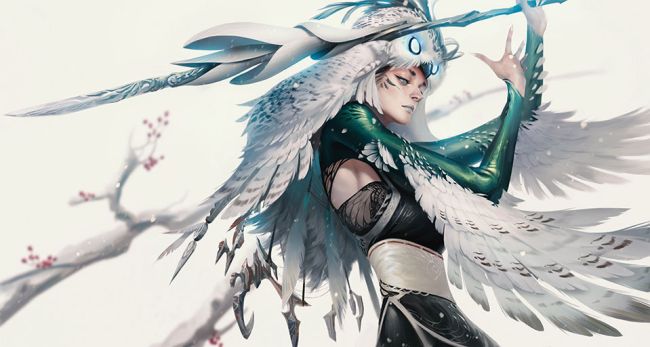 Wei Weng’s stylish art for World of Warcraft was a big influence on Chengwei, who says, “It feels similar to a traditional oil painting.” (Image credit: Chengwei Pan)

These different types of perfectionism, either from studio expectations or personal standards, beg the question: does absolute perfectionism exist?

"Perfectionism is a desire for the object to be perfect, not that it is perfect," says Chengwei. "Perfection is simply something that lives within the artist. It's an idea that they want to become the best version of themselves."

“A friend of mine would redraw a comic book page over and over again until he thought it was semi-decent, only to move to the next one and repeat the self-torture. All his pages were masterpieces to the rest of us, but to him they were awful and disgraceful. One day he discovered how to let go and move on, and he's been really happy ever since."

How to power through

On occasion, J Scott Campbell has felt perfectionism pressure from companies: “I’ve had to push back against those pressures to preserve my artistic voice.” (Image credit: J Scott Campbell)

Finding a balance between productivity and abandonment seems to be the cure for creativity that's been blocked by perfectionism.

"It's also important to understand that you're not alone in the creative process," says Chengwei. "There are thousands of artists and their style is based on perfectionism, including myself. Sometimes I spend over six months on a single image.

"Be confident in yourself and what you like and know that we're all going through the same process," he adds. "There were many teachers and fellow artists who told me to not be perfect, but to be rough and loose with my art. I know they wanted to encourage me to be brave and make mistakes, but the desire to make perfect art has led to my current style and ability."

For Nuri, getting over perfectionism is all about remembering what inspired you to create in the first place and recapturing that feeling. "Also, embrace healthier working habits and try not to be so hard on yourself.

"Focus on enjoying the creative process and learning as you go, even if it doesn't turn out exactly as you wanted. It's better to have finished something than nothing at all."