What NOT To Do as a New Animator

What NOT To Do as a New Animator

Fun Fact: Before Kevin was an animator he was a doctor and a neuroscientist! Since becoming an animator, he’s spent more than 20 years working on a wide variety of animated films, games, TV, and even theme park projects. Currently he’s the Principle Creature Animator at Guerrilla Games and before that he animated for The Third Floor, Sony Pictures ImageWorks, Reel FX, and more. With so many experiences at different studios, Kevin is perfect person to share some hard truths about what NOT to do at the studio when you’re a new animator. Memorize these!

So you’re about to start an animation job at a new studio? That’s awesome! Congratulations. What’s that, you say? You’re worried about performing as an animator? Just relax, the animation part of the job is the least of your worries. You’ve gotten good training here at AM, and the studio is going to give you some leeway early on. No one expects you to be Bill Tytla right away. But you’re right to be a little apprehensive about starting a new animation job. There are some pitfalls to watch out for. While the animation part of the job should take care of itself with hard work, there’s more to succeeding at a new studio than getting your shots approved.

Here are some things NOT to do as a new animator:

In general, keep your mouth shut when you’re dealing with the studio hierarchy or even with senior animators. Seriously, no one wants to hear your opinions in meetings, and no one wants your critiques. And especially never interrupt or defend yourself when you’re getting notes. Directors do not care what your intentions were, or what you did but changed before they saw it, or what you were going to do if you had more time, or what your mother thought of your shot. They honestly do not care, and you only sound defensive when you try to explain your work. Remember, you will never talk someone into being impressed by your animation. So, keep your mouth shut in general, especially when you’re getting feedback and notes.

Author’s Note: I was intentionally blunt in making this list — I took what could be nuanced points and painted them as black and white. I did this because I’ve seen many a new animator come into a studio with so much excitement that they’re like bulls in a china shop, committing inadvertent faux pas and stomping on sensitive toes in their enthusiasm. Sadly, in a studio situation, people will rarely cut you much slack for being naive or overzealous.

In particular, the “don’t talk” rule has startled some people. I thought it might, and I’m glad if it gets people thinking. Yes, AM encourages peer-to-peer critiques. Yes, in a school situation like AM, we want to hear your thoughts, ideas, and opinions. Yes, animation is collaborative. And yes, as a new animator you need to communicate with others. But there’s a huge difference between the warm, nurturing environment of AM, and reality of the working world. I’m not doing you any favors if I sugar coat it.

As a new animator, you simply haven’t earned your stripes. You haven’t learned the politics of the environment you now live in. You don’t understand the personalities and histories of the people you’re working with and working for. When you speak up to offer unsolicited suggestions, ideas, or critiques, you will at best be seen as annoying and be politely ignored. At worst you’ll create hard feelings and damage your career at that studio. True story: I was once almost fired for speaking up at a meeting with what I thought was a great idea. And you know what — it was a good idea, because it was ultimately implemented. But at the time I made that suggestion, I was the most junior person in that departmental meeting, and the producer running the meeting, who didn’t know me, took my suggestion as an attack. I only found out later that a supervising animator I’d worked with vouched for me, calmed the producer down, and saved my job. It took a couple of years for that producer to forgive me.

When you first come into a studio, you’re at the bottom of the food chain. Enjoy that you’ve made it to the first rung of the ladder, that you’re now a professional. Talk all you want to your friends and family (NOT on social media, you silly kids!). But at the studio, keep a low profile. I can’t say it more plainly: let your work speak for you, not your mouth. Unless you’re specifically asked, that is, and even then have some caution. Trust me, after you’ve been in the industry a few years, you’ll understand.

And if you have any questions about any of the other points, put them in the comments and I’ll try to respond to them there.

You will get pressure to work faster. Everyone does. But at the end of the project (when decisions are being made about staffing for the next project), the quality of your shots is what will be remembered. Within reason, never sacrifice quality for quantity. If you can’t yet be “fast and good,” then don’t settle for “fast and mediocre.” It’s better to be “slow but good,” and to progressively improve your workflow and speed.

In your private conversations, don’t badmouth coworkers or studio life in general. Animators can be a catty bunch, and some are world-class complainers. Don’t fall into the trap of gossiping, judging, whining, and moaning. As a new animator, your job is precarious enough — you don’t need to make enemies, and you definitely don’t want to be seen as negative. You’ll see this behavior sometimes from grizzled veterans, and joining in can feel a little cathartic at times. Just realize that behaving this way as a new animator is terrible for your reputation. When these kinds of conversations come up around you, don’t take part. In fact, avoid negative, whiney people as much as possible. They’re contagious. And this negative mindset does bad things to your work efficiency.

You’re the new kid, no matter your age and skill level. You may have the idea that you deserve juicy shots, not the background walk cycles you keep getting stuck with. You may hear about others badgering the lead or the director for good shots, sometimes successfully. Don’t do it yourself. They will give you better shots when you’re ready, and you’re probably not ready. That are few things as annoying for a lead animator than juniors whining about that shots you’re assigning them. And remember, there are no small shots, only small animators.

Don’t hang out on the internet.

When I see an animator with multiple chat windows open, and a podcast playing, and funny gifs cycling, and a news feed going, I know I’m looking at someone who is working to about 20% of their potential. Sometimes I don’t see it, but I hear it — the constant clatter of keyboards as people are typing out chat messages going back and forth. Don’t get a reputation for this kind of time wasting. It really does kill your productivity. And the same goes for your phone — don’t take personal calls or texts during work time. Store your messages, and deal with them at lunch or during a break.

We pour our heart and souls into our work, but we are not our work. When someone critiques your work, they’re not judging you personally. An honest, no-holds-barred critique is a precious gift. Treat it as such. Try to never be defensive. The proper response to a blunt critique is “Thank you sir, may I have another.” Be open during critiques or you will stagnate as an animator.

Don’t work unpaid hours to get ahead.

You’re a professional now, which means you should be paid for your work. If everyone is crunching, then of course you do it. But don’t be that new kid who works late into the night, and comes in on weekends, so you can get yourself noticed by the boss. Other junior animators will see just what you’re doing — you’re trying to make yourself look better at their expense. They will resent you for it, as they should. And all you signal to the vets is that you don’t know how to get your work done. This is not a pathway to being respected.

Don’t try to rush connecting socially at the studio. It can be lonely lonely at first, being a new animator. It can be frustrating seeing people around you who seem to have so much in common with you, who play the same games, like the same movies and comics, who love animation just like you. I see young animators often trying too hard to to force friendships, to wedge into established social groups. Don’t push too hard to become one of the gang. You will make friends, though at some studios it takes some time. Let it happen naturally, or else you might get tagged as pushy and annoying.

This is not a contradiction to the note above. Don’t form a bubble of solitude around yourself. Seek out feedback about your work, in a respectful way. Be friendly and open socially. And if you find yourself struggling, with an animation problem, or with a technical problem, reach out sooner rather than later. Ask for help if you need it, before it becomes a festering problem.

Don’t show your work ‘cold’ to the director.

Cultivate some coworkers who are willing to give you good, honest critiques, and listen to them. Try to only show your work to the director, or in dailies, after you’ve addressed this private feedback. I can promise you most of the best animators in the studio are doing this, and have been for years. That’s part of why they’re among the best. Remember, none of us are as good at judging our own animation as our peers are. Never forget this fact, and always get two or three extra sets of eyes on your shots. (And remember this when you’re updating your demo reel!)

Don’t assume no one knows who you are.

It might feel like no one cares about you, and that you’re unnoticed in general. In fact, lots of people are paying much more attention to you than you think. And they’re forming opinions. And those early impressions will stick. So do yourself a favor and be an upbeat, high energy, hard-working team player. Imagine you’re being noticed all the time, and behave accordingly.

Don’t be a jerk to PAs or production staff, ever.

Realize that some of those people who are at the bottom of the production staff hierarchy now will one day be producers, with the power to hire and fire you. And they have long memories. The friends and enemies you make early in your career will often continue to be a part of your working life for decades to come. This is a small, highly connected industry. Treat everyone respectfully, even if some people don’t really seem to deserve it. In the long run you’ll be glad you did. 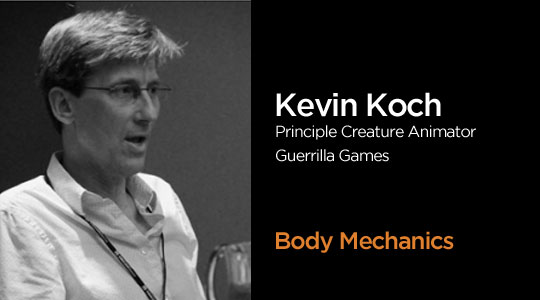 How to Create Movement and Action
August 12, 2020
Articles