Both hard surface and organic modelling are at their core still polygonal modelling. Although different techniques are used between the two.

Though many of the principles of modelling between the two are similar, it takes a lot of practice to be able to master both or to specialise in just one.

Another important thing to note is the line between these two categories is often disputed.

Some people say that anything that becomes animated is an organic object.

This is a cardboard box. Something that would obviously be classified as a hard surface model.

But since it is animated and squashes and stretches some may argue it’s an organic object for this model.

The other side is if you have a model of a modern aerodynamic sports car with lots of smooth flowing curves.

Cars are inorganic objects, but due to the many curves of the mesh some techniques more commonly used with organic modelling may be used to get the end result.

As previously stated, organic models are generally accepted as being models of living things.

These range from trees and plants to animals and people. Organic models are also typically used in animation, so there are some important rules to follow for the best results. 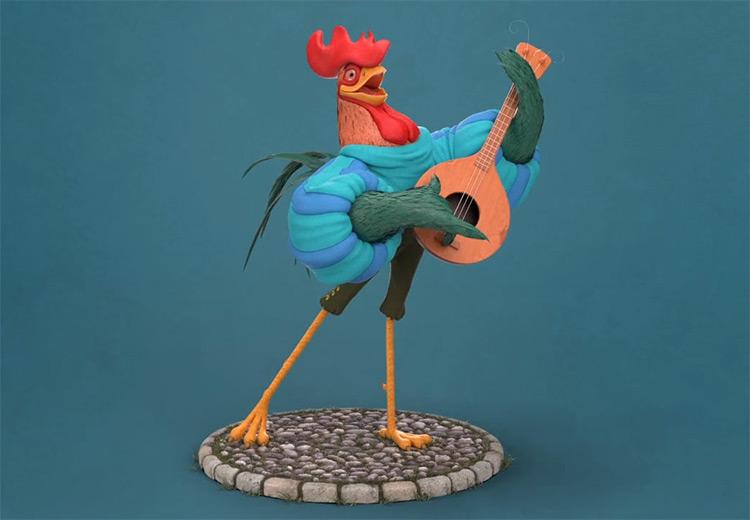 Organic models will usually want to be entirely quads. This means that all the polygons used to make the model are 4 sided.

The shape usually isn’t as important, as long as the number of sides equals four.

This is important as “N-gons” (polygons with 5 or more sides) can act erratically when subdivided or animated.

For this reason it is good practice to avoid them in all models but more importantly in organic objects.

While it is possible to make entire organic objects in polygon modelling software, they are often brought into sculpting software for finer details.

It’s much easier to make wrinkles and skin folds in ZBrush or Mudbox than on a polygonal level.

From there it is exported as a texture that gives your model all the extra details.

Organic modelling takes a lot of practice and requires a lot of reference images to learn the anatomy of what you’re making to make it as realistic as possible.

For example when I’m making anything muscular, human or otherwise, I look up images of bodybuilders.

While the muscles you are making may not be as exaggerated as theirs are, it’s the exaggeration that makes it so much clearer to see what and where each muscle is along with insertion & origin points. This knowledge can then be translated into your mesh.

Hard surface modelling is in my experience more forgiving than organic modelling.

Due to the fact they are usually static objects, the type of polygons you end up using are not as important as long as the final product looks good.

That said I recommend trying to stick to quads as much as possible as its good practice (and game engines tend to prefer them).

If you specialise in architectural visualisation then you will be doing a lot of hard surface modelling and very little organic modelling. 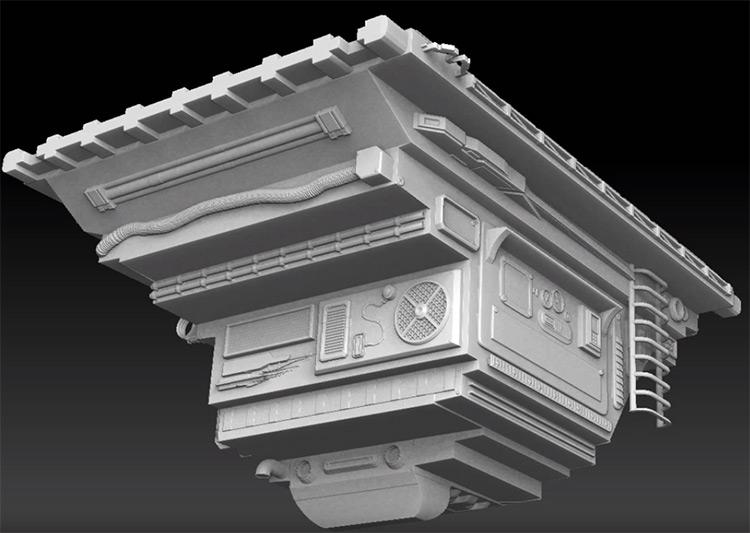 But once again, this is where the distinction can get blurry.

A sofa is a soft object with a lot of curves and folds that make it look realistic. Is it still a hard surface model? Depends who you ask.

Hard surface modelling is usually where people start with 3D art to get used to the workflow of any chosen software and how polygons work together. Flat edges are generally easier to model than a face with many curves and creases (but there are always exceptions).

When hard surface modelling it is always good to have reference images for what you’re making just like with organic modelling.

For vehicles and buildings it’s good to get ahold of some blueprints (I personally use this site) that you can import onto a plane in your 3D software, and then effectively trace to get the best proportions possible.

Why Do These Two Categories Exist?

This distinction is useful because by separating these two modelling techniques you can very quickly tell people what type of models you are most comfortable working with.

If you’re applying for a role as a character artist you want to tell your employer that you specialise in organic modelling.

Likewise if you’re applying for something more architecturally based you would say you specialise in hard surface modelling.

However due to the disputed meaning between these two categories they are generally falling out of favor. You could make the same model of a person and give one a stone texture and one a skin texture and depending who you ask some could say one is organic and one is hard surface.

In the end whatever category your model is placed in, it doesn’t really matter.

As long as what you have produced works for the project as you have intended then you’re on the right track. Your models will be rated on their quality and not by these sometimes controversial categories.

Although there is no clear-cut definition of exactly what each is, I hope this article helps to clear up the major differences between organic and hard surface.