How to be a character designer 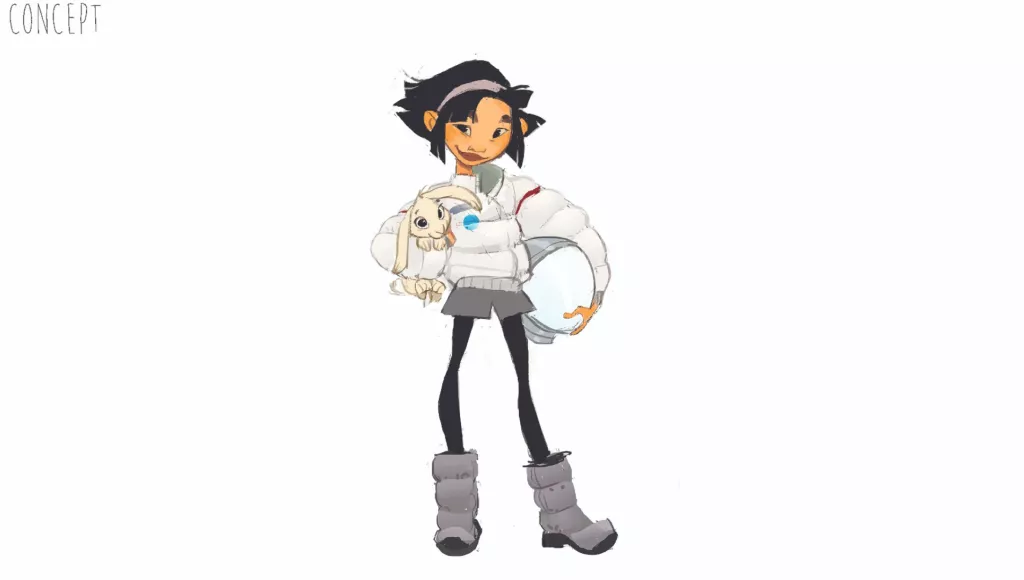 Over the Moon was directed Myers' favourite artist growing up, illustrator and animator Glen Keane – who made her want to be a character designer in the first place. Over the Moon tells the story of a teenage girl who builds a rocket ship to meet the mythical goddess who lives on the moon. Myers worked on the animation's main character: 13-year-old Fei Fei.

Gary Evans caught up with Myers to find out how to be a character designer and how she landed her dream job working alongside her childhood hero. 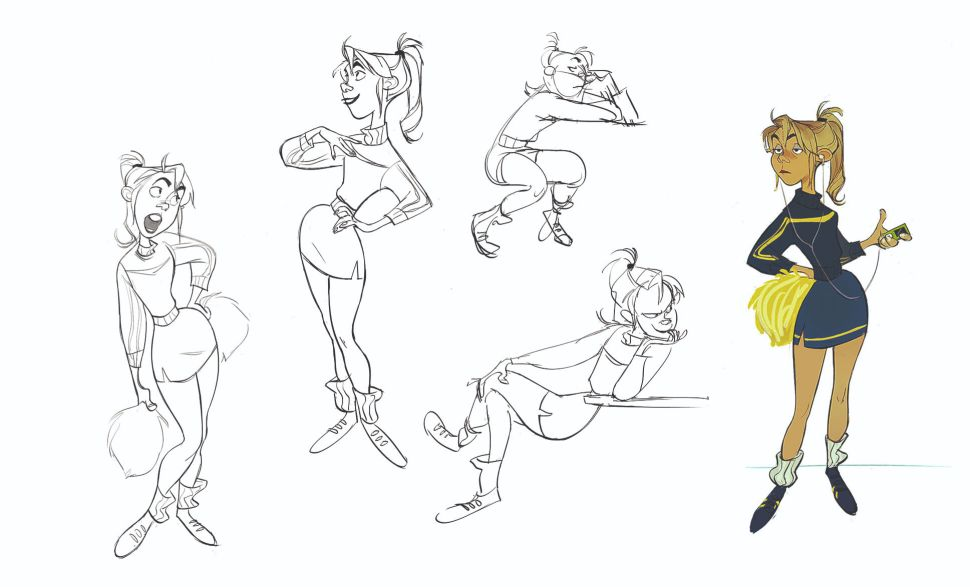 Myers learned a valuable lesson at a very young age, years before landing a role at Netflix Animation. She was 14 or 15, and her dad knew somebody who knew somebody who'd worked as an artist at Disney. Myers sent this artist her work. She still had plenty to learn technique-wise, but the artist said that didn't matter – this would come with practice. The artist believed that Myers would make it as a pro because of the way she used pose and gesture. She was already using pictures to tell stories.

Myers says that you can learn to tell stories visually by observing people. She likes going to coffee shops to people-watch. She studied, briefly, at the California Institute of the Arts (CalArts), where they would bring in dancers and children to model and neither group would stop moving. The challenge was to capture that movement in a static drawing. "It forces you to focus on the feeling more than anything," the artist says.

Myers makes use of pose, expression and body language to convey feeling. She often gives her characters an object to interact with or an action to do. Even the character's lines and shapes say something about who they are. It's about "taking moments and making it feel like it’s an actual person."

02. Experiment with your designs 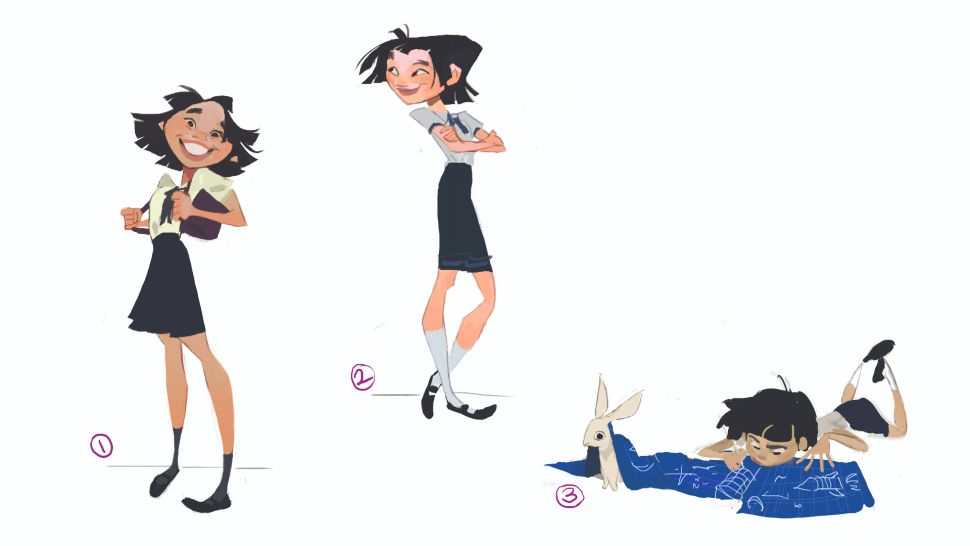 Myers experimented with possible designs for Fei Fei by asking herself: "What kind of style of film do we want to create? How pushed should the style be? Should it go more realistic? Should I go more stylised, more extreme?"

Myers picked out little moments from Over the Moon's script and illustrated them. She didn't just do static standing poses of Fei Fei. She drew Fei Fei riding her bike or hugging her pet bunny, for example. She wanted these images to look dynamic, to say something about Fei Fei's character.

She presented these images to Keane and the team for feedback, then took the team's notes and continued to develop Fei Fei until she had several pages of designs. On some projects, this back and forth can go on for months, but not this one. Keane looked over Myers' early designs and picked the one he wanted to go with. "It's a job at the end of the day. It's not art for you. It's art for the project, it's art for the studio… You can’t have an ego about your work." 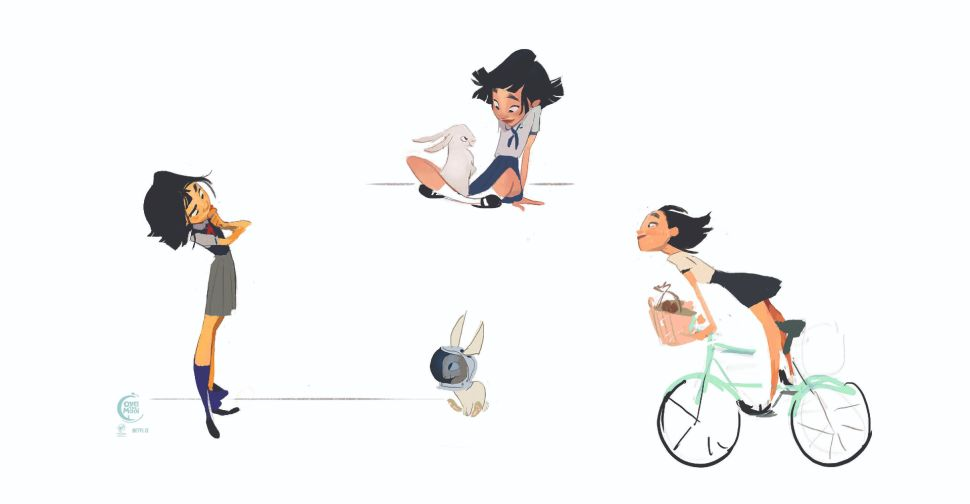 Myers and the team put Fei Fei in a line-up with her mum and dad ("a good way to see how they play off of each other"). The dad is made up of edges and angular shapes because his personality is "much more scientific and grounded in facts." The mum has a similar personality to Fei Fei – she also believes in the mythical goddess on the moon – so her shapes are rounder, freer.

Myers didn't just work on visualising Over the Moon's main characters. She designed minor characters too, and did what’s known as "crowd work" – animation's version of the background actor, the extra. Myers says some character designers don't like doing crowd work, but she sees it as an opportunity to experiment and learn. For her, crowd work is where it all started. 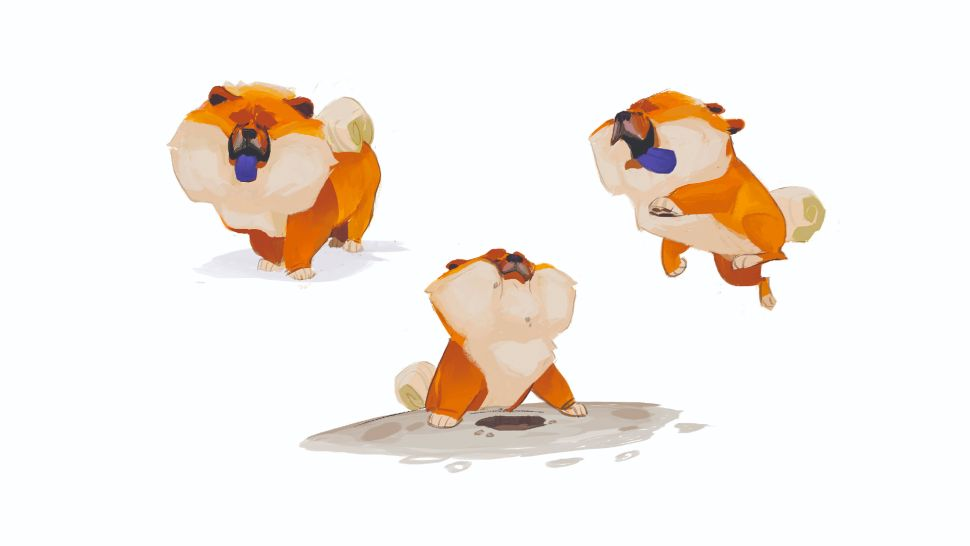 Myers has worked on various projects that never came out, but she also got to contribute to Oscar-winning Spider-Man: Into the Spider-Verse, mainly doing crowd work. "It can be really fun because it’s characters that don't get as much scrutiny. You're designing tons and tons of different people and you want to hit every type of person: body type, gender, race. It feels like the ultimate character-design challenge. You're doing the biggest practice session you could be doing."

Myers worked with Jin Kim, Over the Moon's character supervisor, to put the finishing touches to characters and think about out how they might change once they're computer-generated. Then it was over to Leo Sanchez, the character modeller: "It's a lot of problem-solving because once you take a 2D drawing into a 3D program, you have to figure out some things that may not work." 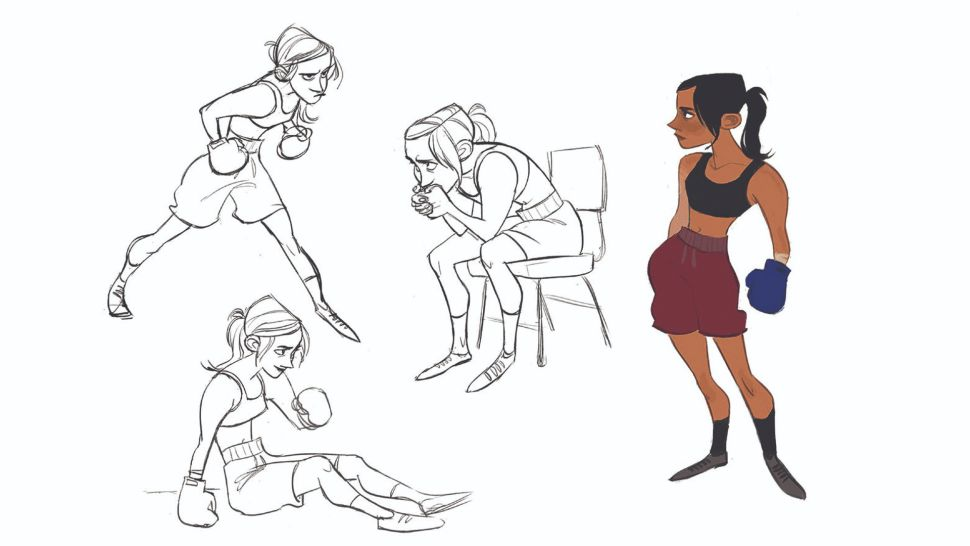 Myers posted online fan art of Ariel from The Little Mermaid. Keane saw it ("somehow, I don’t know how") and offered her a job. It was the same thing with Sony, which is why Myers stresses the importance of a good portfolio. The artist suggests going online and looking up the portfolios of artists who do what you want to do, and note how they're structured and what they've included. She also advises artists who are starting out to check out art-of movie books.

The big decision is whether your portfolio presents you as a specialist or an all-rounder. Myers says it's easier to find work if you can do a bit of everything: visual development, environments, storyboards. But you don't want to get hired to do something you don't like or can't actually do. Myers always saw herself as a specialist – an out-and-out character designer – so that's how she presented herself. But if you're going to specialise in one thing then you better be really good at it.

06. Show off your skills 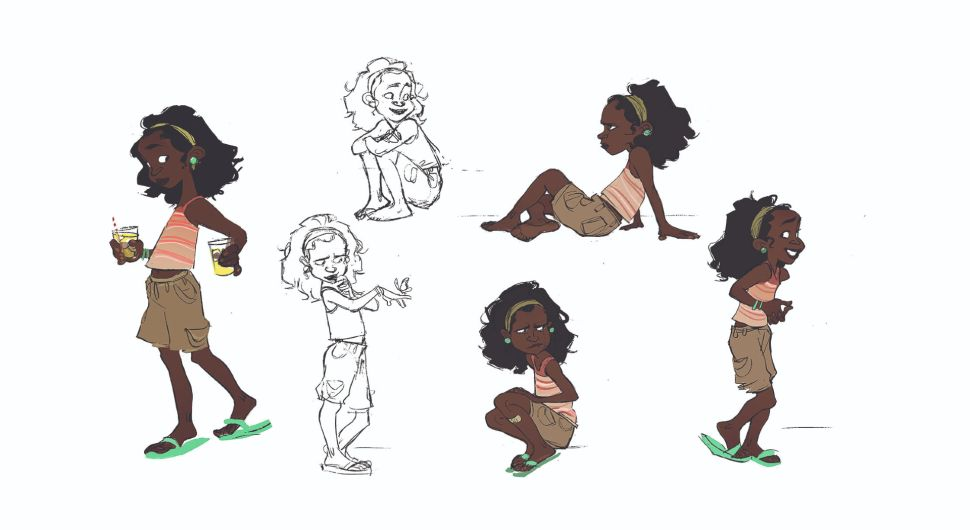 There aren't many jobs for character designers, Myers says. Competition is tough. This is why you need to research portfolios of similar artists – that's who you're competing against.

You should include a variety of work, not just finished, polished pieces. On the job, characters designers have to design characters very quickly, so show your quick sketches, your working out. You could have a full page of different designs of a character, alongside the finished piece. Add a page of different facial expressions, a page of different poses from different angles. You can even include references to show where the idea came from how you developed it. Then you have to be brave and get your work out there. Because you never know who might see it.

"It sounds like a lot. And it is. A portfolio is hard work - it takes a while. Even if you start with just one page, at least that’s something you can email to somebody and ask for feedback on how to go forward. It's just about starting, I think."