Concept art, animation, illustration, comics, you name it. There are so many careers and when you are very young, sometimes you know only one thing: you simply love to draw. In your opinion, what should a young person take into consideration to make the right decision when choosing an artistic path?

I’ve started with comics books, but now I work in animation… and who knows? Maybe tomorrow I’ll find myself working on video games. I think it may not be that hard to switch from one career to another these days, so I personally believe that as a beginner you shouldn’t be too strict when considering a career path. Loving to draw really IS the most important thing because you have to keep in mind that it will be your job (a nice one, but still a job), so there might be times where it won’t be as fun as you wish it to be. It’s a career path that requires dedication. You’ll have to put a lot of time and effort into it, so you'd better like what you’re doing!

Also, don’t forget that doubts and questions are kinda part of the job, putting your art out there to be judged may often feel that’s YOU who’s being judged… which is not. But it does feel that way, and you must learn to be resilient and deal with it. I wish I could say that it gets better over time, but I really think it depends on who you are (for me is quite ok now, but I’m not there yet… ). 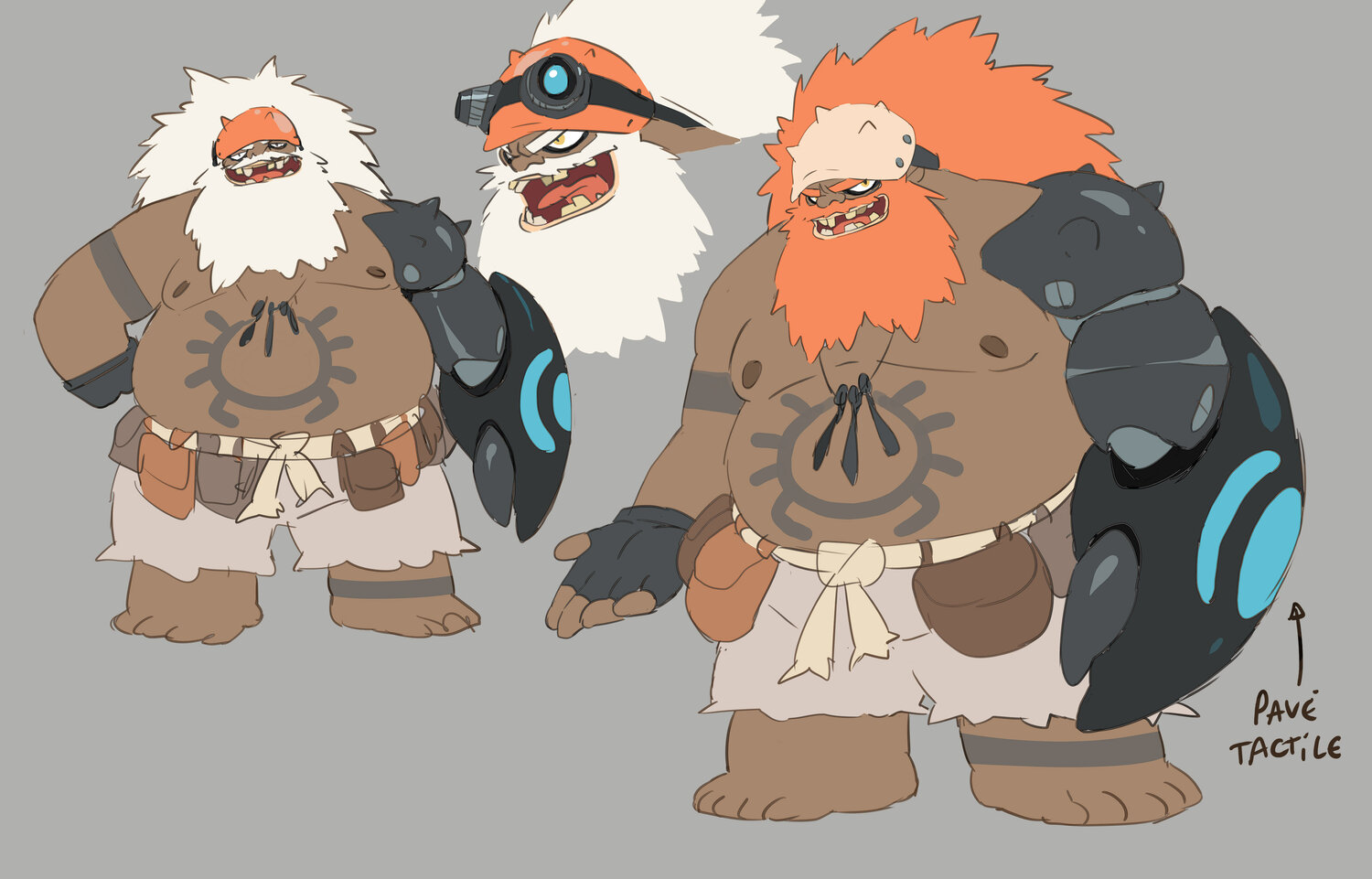 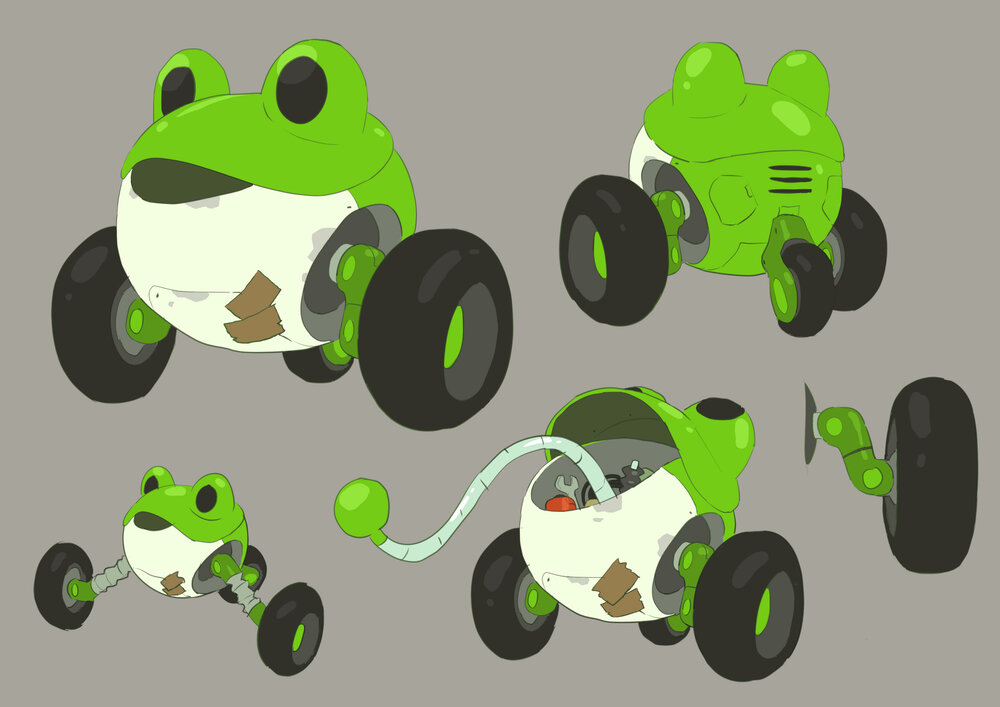 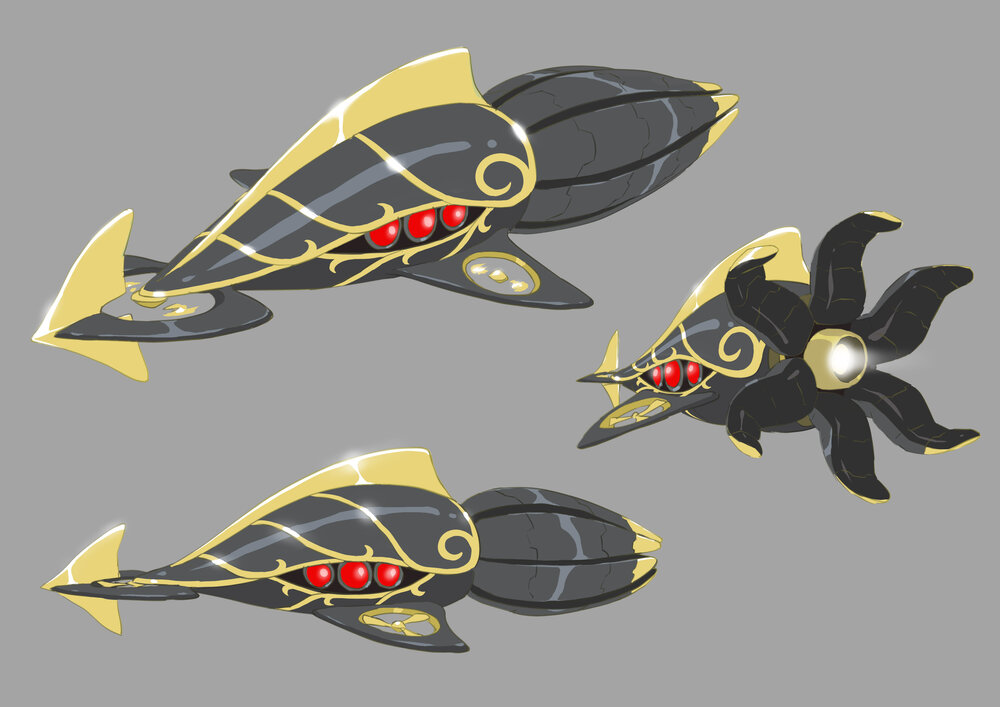 In your own experience, what would you suggest to someone who is inspired by your work and wants to follow your footsteps: should they work in one consistent style, or work on many different ones?

I think at the beginning you should really not focus on one style (which everybody tends to do of course), try as many things as possible to widen your possibilities… then maybe at one point you could try to pin down what’s YOUR thing (which won’t really be totally yours, of course, ^^’), but still keep an open mind.

If you had to recommend only one art book (a comic book, graphic novel, children book, ‘‘how to’’ book) to a fellow artist, what would it be and why?

That’s a tough one… I’ll say ‘‘COWA!’’ by Akira Toriyama deserve more love. I think it’s Toriyama’s work in its purest form. It’s really funny and has some action in it, but not too much. The art is just PERFECT, I love that book.

What’s your point of view about the industry today: what are the expectation for someone who wants to make a living with an artistic career?

I feel that we live in very interesting times. I surely miss a bit of the 80’s craziness, where networks would air any WTF show because ‘‘why not?’’. We’re leaving a quite sad period of really dull animation landscape (especially here in France) and the growing number of streaming platforms is certainly opening new possibilities, with lots of jobs on interesting projects. 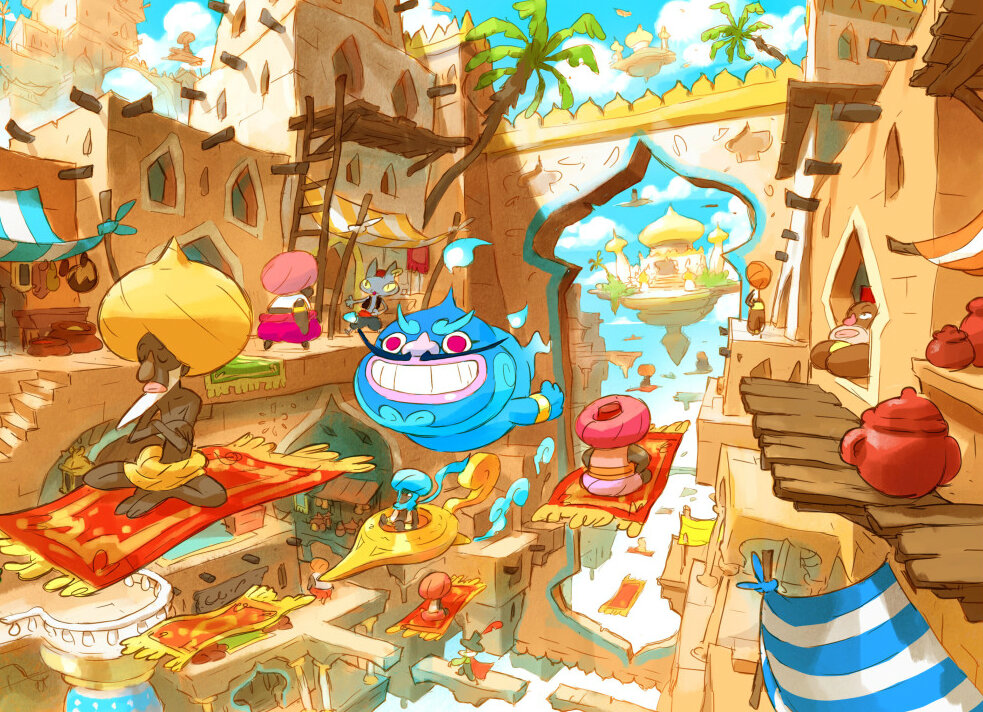 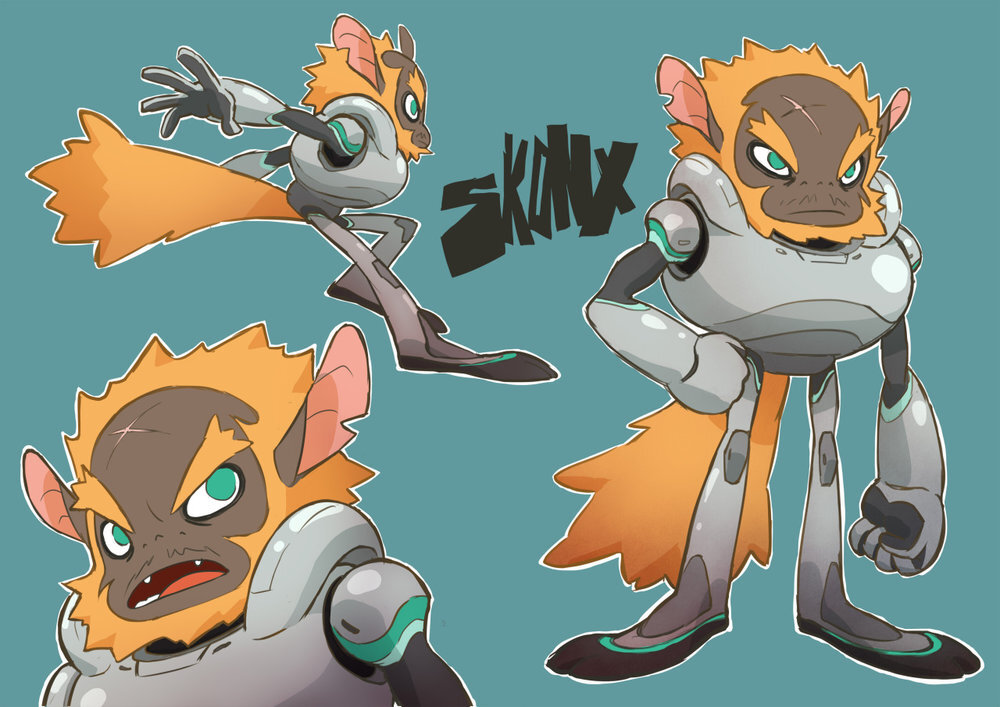 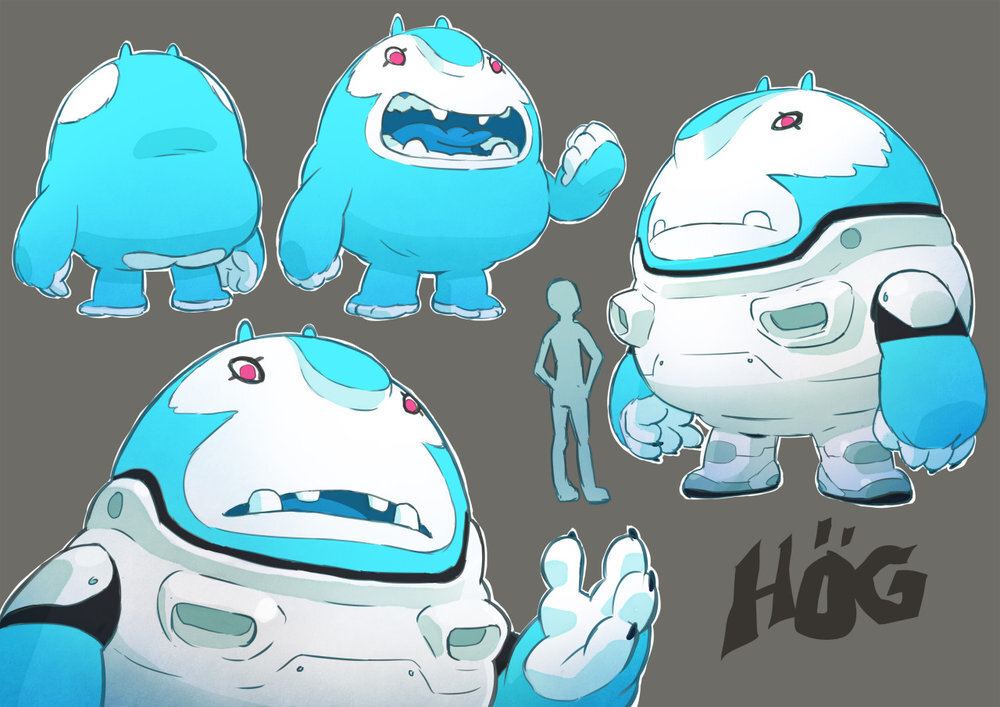 Who are the artists who inspire you the most today and what are some of your favorite designs out there?

As I already mentioned, my all-time inspiration is Toriyama, but also Rumiko Takahashi, Taiyô Matsumoto, Eichirô Oda, Mike Mignola, Jamie Hewlett, and of course, Miyazaki, Hiroyuki Imaishi, Kôji Morimoto, Masaaki Yuasa. The designs for the Final Fantasy series (particularly the 7th and 9th chapters), Capcom's games, and Georges Kamitani's games had also quite an impact on me. There’s would be more to mention, but it’s difficult to choose among so much talent from the past.

As for today, there are really too many amazing artists out there, but I recently discovered Yogin’s work, and I love those designs, so funny and expressive… especially the Shark-cats ^^. I also follow Garrett Hanna, Joe Sparrow, Garo/Silvermender (I also love to draw long neck/long arms characters very much!), Georgie Mager super cute redesigns, Jocelyn Charles, Jonathan N Kondo animations, the storyboards by Kevin Molina Ortiz, and Spencer Wan… and so many others!

I also often think of my buddy’s works when I’m in trouble, like ‘‘How would Baptiste do that?’’, or ‘‘How would Fabien pull this up?’’. That can always help... and it’s ok to steal from your friends, I guess? ^^ 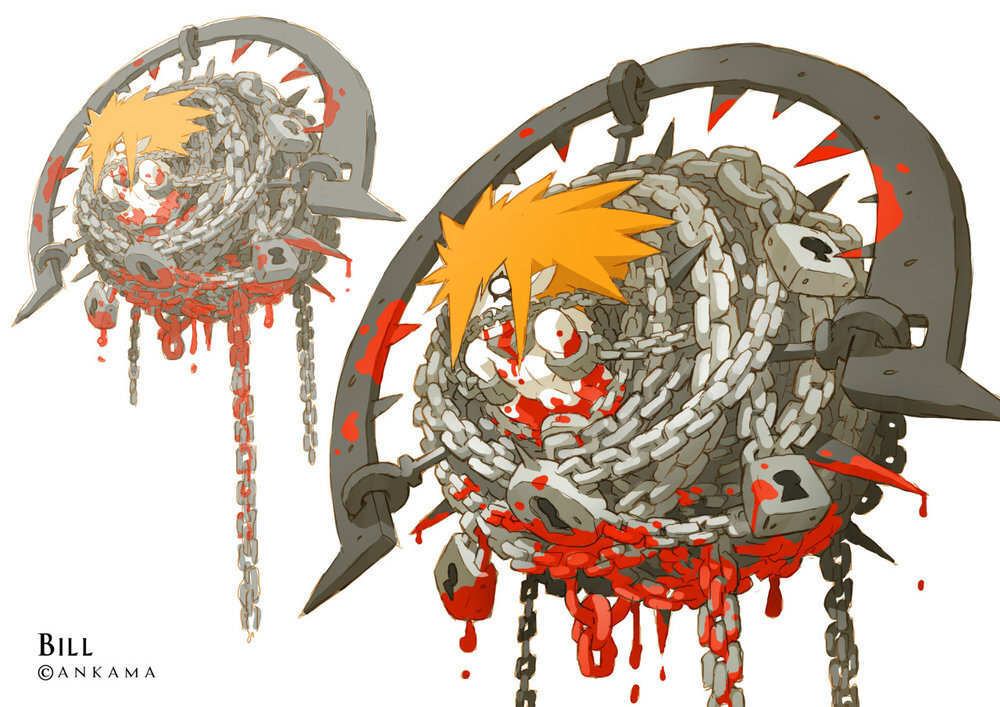 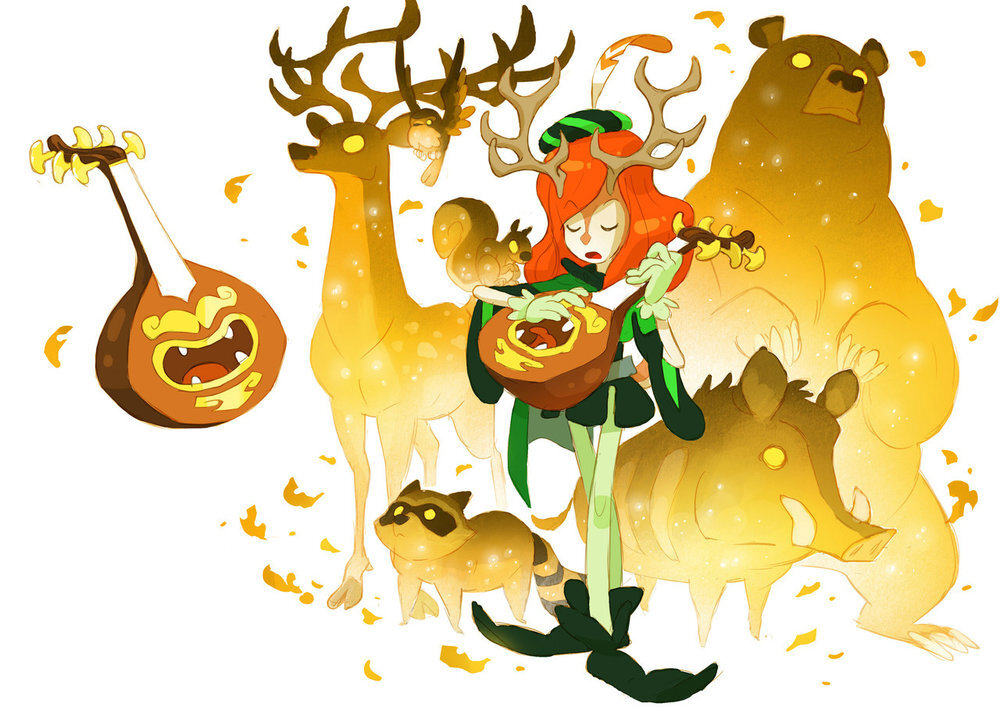 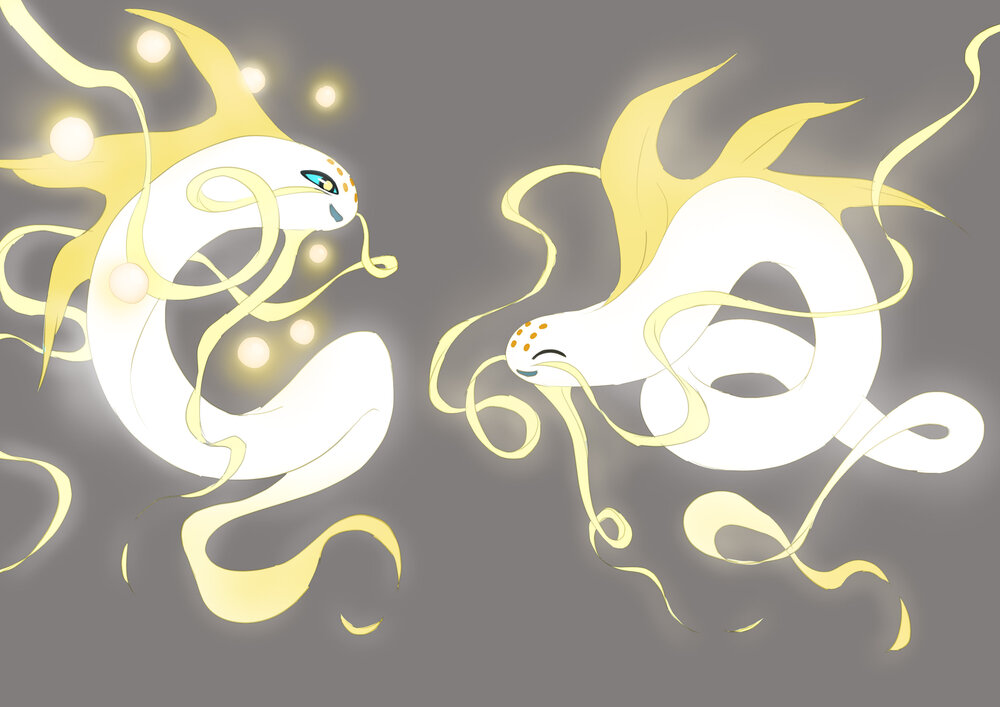 We have a soft spot for hand-drawn animation, what is your opinion about the future of this art form?

I believe CGI is no longer a threat to it, both have the space to exist because even if (because of trends in animation) many projects tend to look the same, in the end, we still need variety. Most importantly, both worlds have their pros and cons: if you want to create a show with tons of characters and sets, that’s gonna be really expensive to do that in CGI. The same can be said about keeping characters expressive and unique, it’s hard not to lose something when you go 3D, even if you gain consistency.

Finally, where can we see your art online and get in touch with you? How can we buy your creations and support your work?

I don’t really sell anything, but you can follow my work on Twitter ( @bill_otomo ), Tumblr ( billotomo.tumblr.com ), and now also on Instagram ( @bill_otomo )! Yeah, I’m a bit late to the game, I know…^^’ 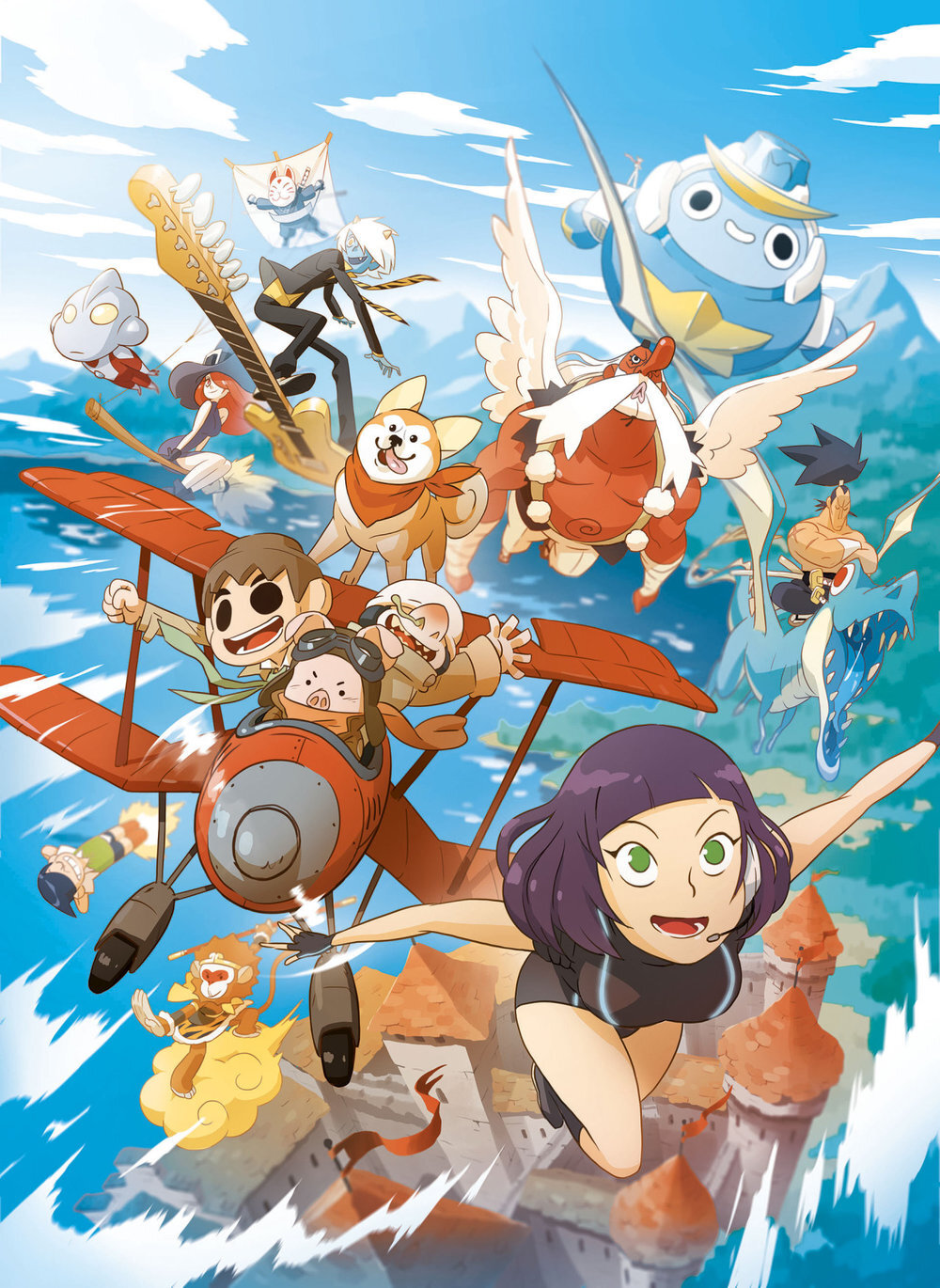 How to Draw Different Types of Noses
January 26, 2022
Articles

How to Draw Teeth
January 12, 2022
Articles
Ask a Question