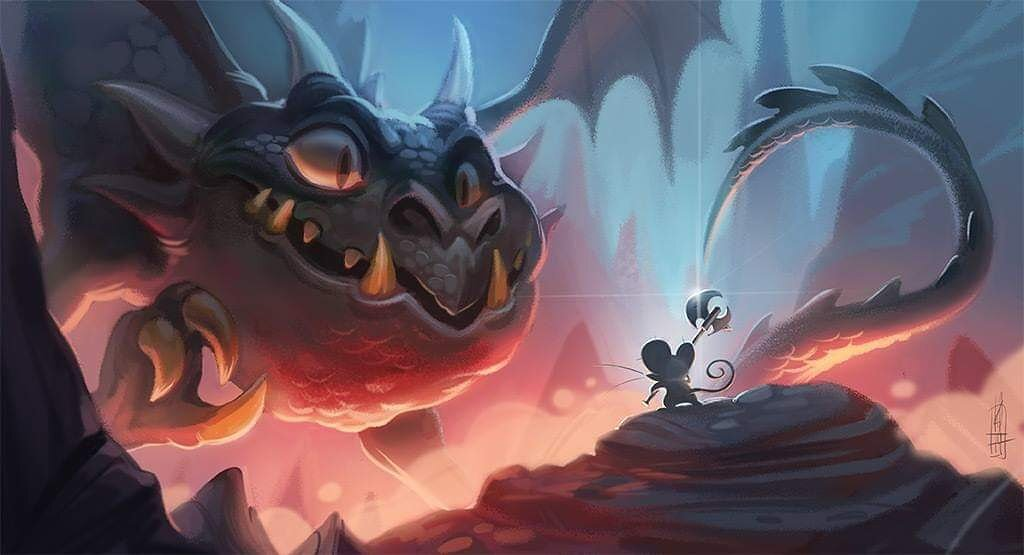 Where did you grow up? At what age did you start thinking about pursuing an artistic career?

I grew up in a small Scottish village on the outskirts of Glasgow. It was a great place to enjoy childhood, lot of woods and greenery, spaces to play and to let the imagination run wild. We get a lot of rain in Scotland so there were many rainy Sunday afternoons to be filled with indoor creative pursuits. I was always into drawing, like most kids - I just kept doing it when the other kids stopped. It was always just for fun when I was growing up and I never really considered an artistic career (or any career really) until I first saw Wallace and Gromit on TV one year at Christmas. I was probably 11 years old at that time and from that moment on I was obsessed with animation and I saw myself becoming an animator.

Did you go to an art school or are you self taught? How did you develop your skills?

Both! I went to an art school here in Scotland straight after high school. After a general year of art and design I specialised in animation. I was mostly learning how to animate at this point, traditionally and digitally, some stop motion and 3D too. We touched on character design and visual development but I feel I didn’t really start learning more about this until my final year and most of it was self directed. After art school I really knuckled down and started learning character design and illustration, mostly in my own time but also in my day job as a junior artist in a mobile games company. I spent hours after work just drawing in photoshop, trying to push my design skills and watching online tutorials and reading what few books I could find on the subject. There was a lot of trial and error - I would just draw and experiment and try and do something better the next time around. I also discovered blogging and found inspiration online from all the other amazing artists out there around the world. It really helped me up my game. Add to that all my artistic friends and work colleagues - it helps having a group of people around you who aren’t afraid to critique your art and engage in some friendly competition. At the same time I have continued life drawing whether in art school or not. It has been so important to me all these years. I started life drawing in high school and try my best to keep up regular sessions even when I am travelling. Oh and I shouldn’t forget all the countless hours I spent as a kid, drawing comics, making characters out of plasticine, copying what I saw in comic books. All that informed the way I draw today. 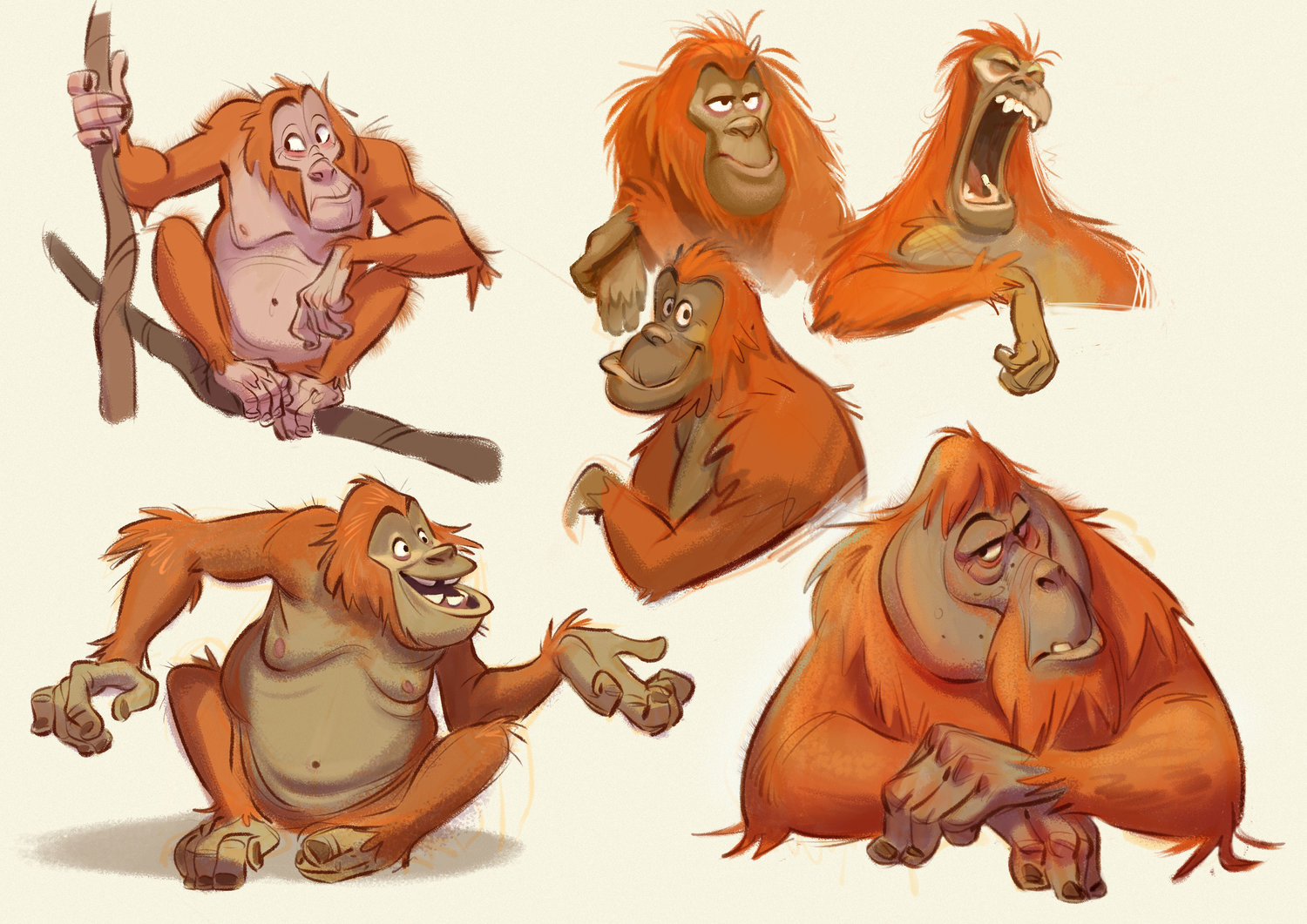 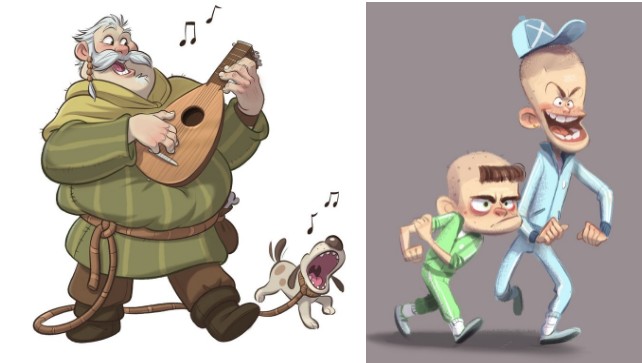 Have you always been supported in your artistic path or has it been challenging to let your family and friends understand your choice?

I had it pretty easy. My parents were always supportive of my passion for drawing - they signed me up for Saturday morning art classes at the Glasgow School of Art when I was a young teen. Both my mum and dad encouraged my drawing so I owe them both so much gratitude as they could have easily have put me off pursuing it. When it came time for me to go to university though, my choice of animation was a bit of a sticking point. They never stopped me doing what I wanted to do but suggested I study maybe graphic design or something and then move into animation. I think they were worried about my job prospects. But once I got my first job post uni I think they relaxed and presumed I knew what I was doing. I never told them that I didn’t. My high school art teachers Dugald Macinnes and Mr Stirling (I still don’t know his first name!) were really supportive of what I wanted to do and were super encouraging. I don’t think I would have gotten into art school without their guidance. As for friends, they all thought it was a cool thing to pursue! At least I think they did. They were probably secretly thinking, yeh, he’s gonna end up permanently on the dole. (Government welfare). But I don’t remember anyone criticising me for my choice - teachers, friends and family have all been pretty supportive, which I think, in retrospect, I’m surprised about. It’s feels a ridiculous career path sometimes so I would have expected more resistance!

What was the strongest influence you had when you were growing up ( artists, movies, cartoons, comics etc.. ) ?

So many! I think my first big influence was my dad. He could really draw. He would draw me Ninja Turtles and stuff and it would blow me away. I think having a parent who could draw as a kid made me want to draw more and get better. It was inspiring. As a toddler I loved all those British stop motion shows like Postman Pat, Bertha and Trapdoor, I think this informed my love of the art form later on. As I got a bit older I was watching things like Fraggle Rock, Thundercats, Mask and my favourite cartoon ever, Teenage Mutant Ninja Turtles. I watched anything with fun characters I guess! I was also introduced to comics as a kid, local Scottish ones like Oor Wullie and The Broons. I have fond memories of reading these in bed when I should have been sleeping. I would also sneak into our loft and read my dads old Snoopy books and superhero comics from the 60s. Then one birthday, a friend gave me a Calvin and Hobbes book. I was hooked! They became my comic obsession, I would spend hours reading them, Bill Watterson’s drawing was so full of life and energy.

Later on, when I was a teen, I started getting into superhero comics, mainly Wolverine. I collected it for a while, but Calvin and Hobbes has stuck with me all these years and probably been my biggest comic influence. I also really loved those puzzle adventure books by Usbourne publishing. My particular favourite was Agent Arthur and his dog Sleuth. They went on adventures solving crimes and mysteries and there were puzzles throughout the book. I can’t remember being into any films back then, I enjoyed the occasional Disney film but I wasn’t super into them. I was freaked out by Labyrinth but the world and the characters had a big impact on me while Indiana Jones was the first film series I remember really blowing me away. I was more into games - my dad loved games and bought loads of them. Even as a young kid we were playing games in the house on an old BBC micro that he had, that must have been the 80’s/early 90’s.. Then when he bought the first family PC I got hooked on adventure point and click games - Monkey Island, Day of the Tentacle, Sam N Max. Games were my thing back then, I definitely grew up on them and they inspired me for sure. Then, as I mentioned already, I discovered Wallace and Gromit. I was obsessed with them in my early teens and to this day. They were a huge influence on everything I do, the biggest influence on my career as they gave me that first “a-ha!” moment, a feeling in my gut of “I want to do that!”. 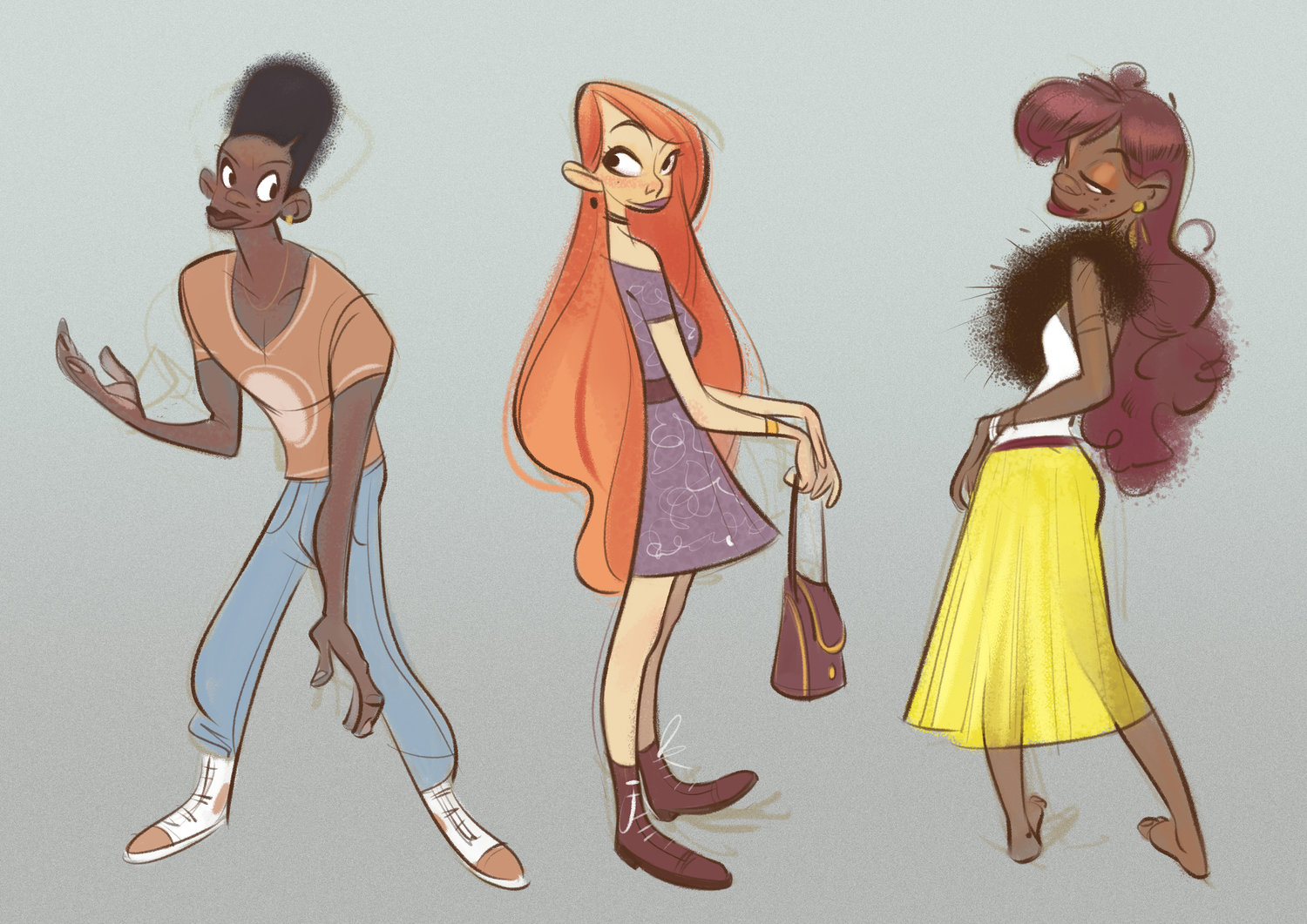 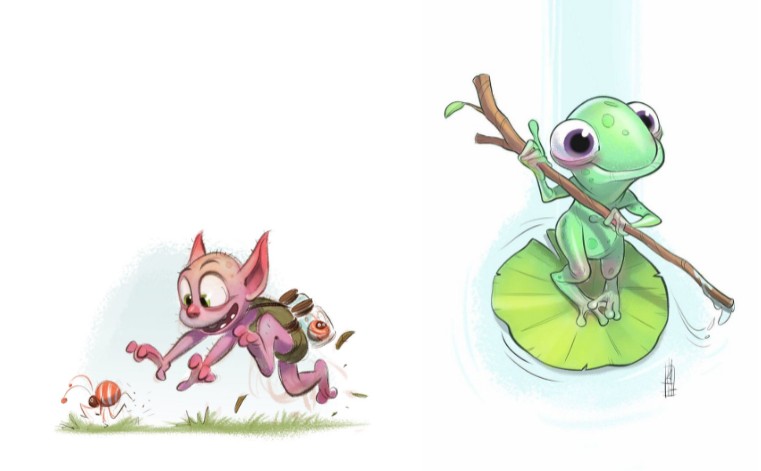 Did you have a favourite subject to draw when you were a child and do you still have one today? If you do, what makes it so special?

I guess I was always drawn towards creating characters of some kind. I usually drew characters instead of backgrounds or something. So I would create my own comic strips and random characters, but they were usually a rip off of what I was reading or watching at the time. I enjoyed drawing robots, pirates and my own silly comic strips. I remember one I created called “Cookie” which was about an annoying kid who liked to eat stuff. I still enjoy drawing pirates, it’s probably the thing that has stuck with me throughout my life. I can’t pinpoint exactly why but I have a feeling it is a combination of my love for the Monkey Island games and Pirate Lego. Those two things pretty much defined my childhood, I have many happy memories of them. I guess I am still tapping into those memories today.

What is your process in creating your art and what are your favourite tools?

These days I mostly work digitally, straight into Photoshop. It's just faster that way I find, especially for 'concepting' characters. I used to do a lot of my initial work with pencil and paper and scan it in and colour in Photoshop but I like being able to do everything from start to finish digitally, it gives me more flexibility for where I work - I can carry a laptop around with me but not a scanner. It also means I don’t have a lot of paper cluttering up my already cluttered life. I do miss traditional work though - I would like to get back into it maybe for personal projects. I still do some thumbnails for projects in my sketchbook. Photoshop is my favourite piece of software, I've been using it since I was a teenager and it's just so intuitive to me now. Maybe I should explore other software (I used to the Gimp for a while) but I am so comfortable with it and if it isn’t broken don’t fix it!  I mainly use default brushes or the odd custom brush I have discovered over the years, nothing fancy. I do like Kyle T Webster’s brushes.

When I do go traditional, it's mostly moleskin sketchbook and col erase animation pencils. I love those pencils - I have been using them since my 2D animation days. They are so nice to draw with, waxy and not chalky. Erasable too... I do most of my work on a cintiq 22HD - buying a Cintiq changed my work life. I'm so much faster on it I don't know how I managed for all those years using a Wacom bamboo. My laptop of choice is a surface pro 4 - I can take it anywhere and work on the road. It’s not as fast or as easy on the surface compared to the Cintiq, but I find I can do 70% of what I do on there without much issue.

How to Draw Different Types of Noses
January 26, 2022
Articles

How to Draw Teeth
January 12, 2022
Articles
Ask a Question