How to Draw Fantastic Creatures

There are many approaches to creating characters, and all of them depend on what you want to get in the end. Look at the surrounding world for inspiration, this can help you in creating fantastic characters. One of the best places to spark the idea is just to google it: try to find some images of deep-sea fishes, exotic birds, and bizarre insects.

When creating a design of a fantastic character, always think about where such a creature can live, what it eats, when it is active: at daytime or at night, who it is: a predator or a plant-eater.

All of these things matter for the final design.

For example, if you are working on a large plant-eater, ask yourself: what kind of food does it prefer? Who’s hunting it? Does it have any natural predators? What things can it use to defend itself: speed, a shell or poison? You need to keep these aspects in mind. They specify how this creature could exist in real life, and only then magic happens… 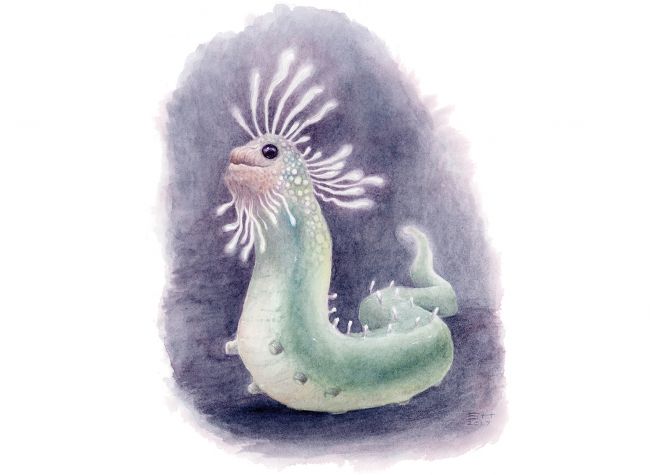 Combine features of various animals to create a new one.

Draw inspiration from nature documentaries and Pinterest or Google wildlife photos. There is nothing weirder than the real world, so you can combine some features of different animals to create your own one.

But try to avoid creating chimeras, i.e. creatures with the body belonging to a particular animal, the legs from another one, and so on. It doesn’t look like a living thing from the real world. Instead, imagine what would happen, if these two creatures would give birth to a baby. What would it look like? 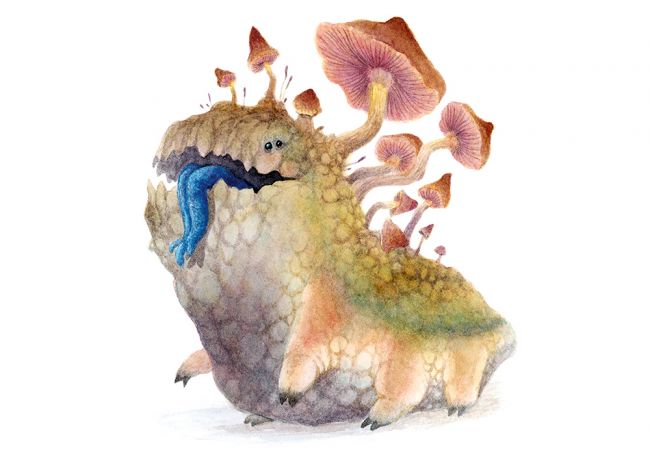 Mushrooms on the back help it hide in the undergrowth.

A funny way to create something new is to combine flora and fauna. Here is some info about this magical cannibal caterpillar: I wanted to create a character with a feature to hide right in plain sight to trace its victim.

Its victim likes psychedelic mushrooms, that’s why the caterpillar is hiding among them. It is possible due to the mushroom-like things on its back. The victim has no chance! 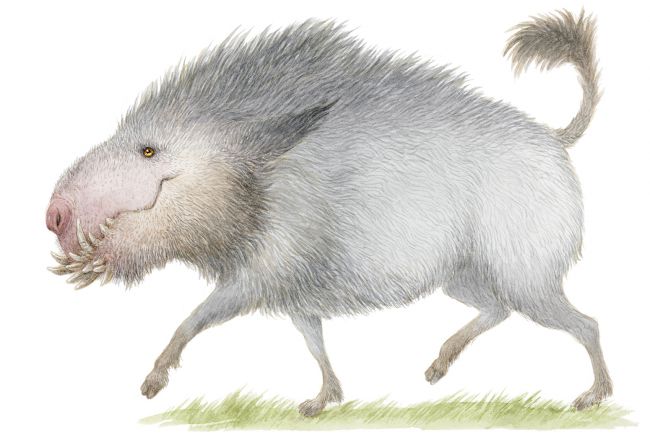 This is one of the inhabitants of the world I created for my book Strangehollow. This bristly hairy guy was inspired by a warthog and wild boar. I wanted to create a forest inhabitant, a plant-eater resembling a pig and digging the ground with its fangs to find delicious roots.

It also needs to protect itself, if one of the predators attacks. Its fangs are weapons even against the most challenging carnivores. 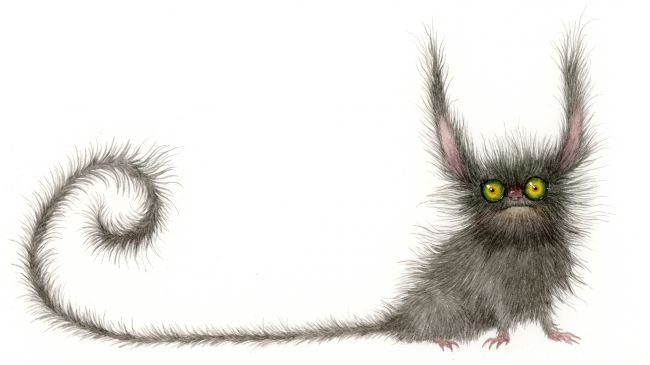 To create someone super-cute, use big eyes, because this is the best way to awake tender emotions. Squirrels and pugs inspired me to draw this guy. Its little snub nose and big eyes give the impression that it may be not especially good, and definitely nervous too. 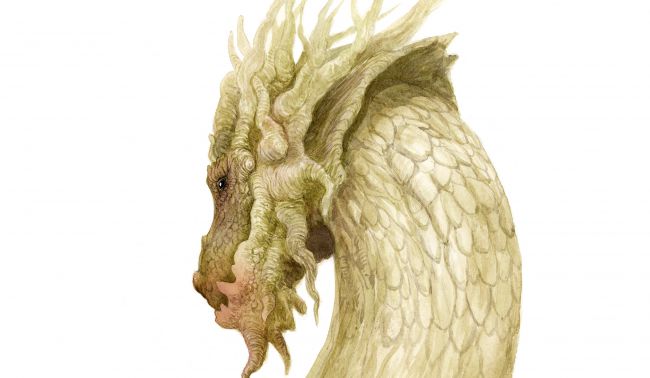 Dragons. Who doesn’t love them? I like the idea of a dragon that has been evolved as a result of living in the forest and received branch-like outgrowths. This is the perfect camouflage to hide from a predator!

For a dragon inspiration, you can use all kinds of creatures. Common ones are similar to lizards and crocodiles, but look at less obvious animals that will help you create unique dragons, which may have more variety. Birds have beautiful, dead, predatory eyes, even hens have such a peculiarity! 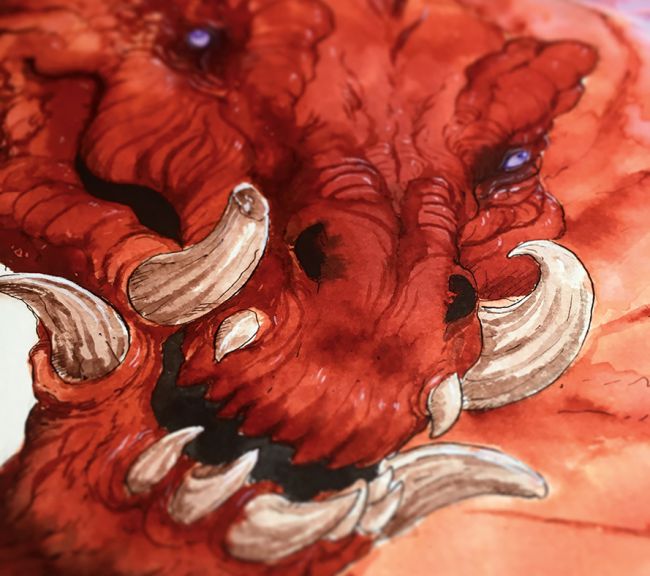 Another way to make dragons more interesting is to take the features of warm-blooded animals and creatures with big teeth and add some of their features to the dragon design. This red monster was inspired by animals with tusks, wild boars and especially hippos.

I used to live not far from the Natural History Museum, which was filled with amazing animal skeletons. If you also have something similar nearby, spend some time to visit such a place with a sketchbook to get inspiration for your creatures. The hippo’s skull was especially amazing for examining and definitely influenced this design. 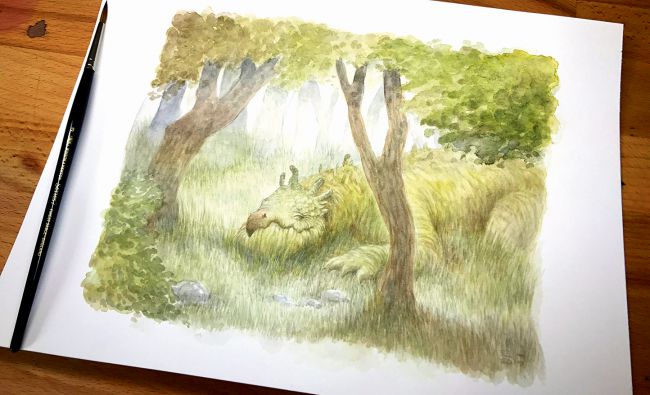 If you don’t know how to start, think about the story of your character. I created this dragon feeding on dry trees. I started with the idea of how it moves and eats dry trees in the forest, and then I thought: well, but what happens when it eats all of them? It will hibernate! It sleeps for years while grass, bushes and small trees grow around him, creating camouflage while it stays in the land of dreams. 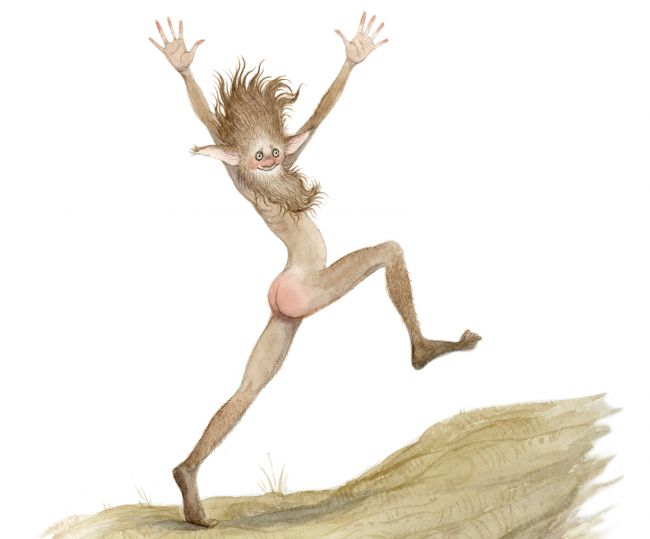 When I was drawing my brown weird things, I imagined them as annoying little creatures trying to distract you while you walk through the woods to lure you away from a safe place where they can steal everything you have with.

I imagined them jumping, maybe shouting compliments while you are walking through the forest. This character I got in the end. Besides, drawing this pink naked butt was funny :)

Ink drawing: Expert tips to get you started
February 24, 2020
Articles